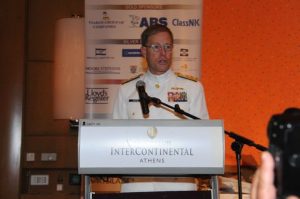 Once more the International Propeller Club of the United States, International Port of Piraeus in cooperation with the United States Embassy to the Hellenic Republic and the United States Coast Guard organized the AMVER Awards Ceremony.  The ceremony took place at the Athenaeum Intercontinental Hotel on October 13th among 880 members of the Maritime Community.  One Hundred and thirty six Greek controlled shipping companies received 944 awards on behalf of 944 vessels participating in the AMVER System.

The President of the Propeller Club, Mr. Antonios Stamos Faraklas and the Deputy Chief of Mission, Mrs. Virginia Lynn Bennett of the United States Embassy of America to the Hellenic Republic, welcomed attending guests. The President remarked “We need to work together, owners and seafarers to achieve the common goals of safety at sea. During these times of world crisis, which has not left shipping untouched, by joining the AMVER program you assist our common target, providing safety for the seafarer”. 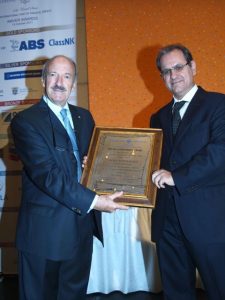 Mr. Pappadakis thanked the Propeller Club for the award and said ‘Hope dies last, and many thought they were dead before being rescued by a ship in the AMVER scheme’ , emphasizing the importance of AMVER Program.

The representative of United States Coast Guard, Rear Admiral James Watson, director of prevention policy for marine safety, security and stewardship in Washington, saying he “has never seen so many AMVER participants” reflected on the fact that of the 5, 742 participants in Amver’s voluntary search and rescue scheme “in any one day an average 4, 000 ships worldwide are available to save lives”… and so far “265 lives have been saved this year”. 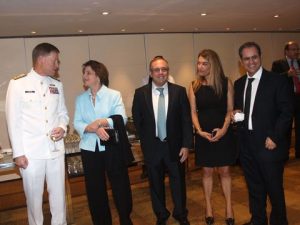 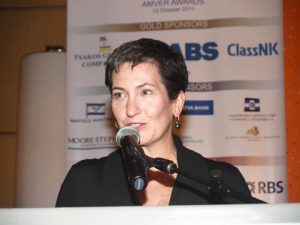