UK’s largest train operator certified as part of its in ongoing commitment to improved energy efficiency across its network. 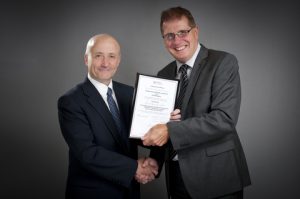 “ISO 50001 certification is another important achievement for Northern Rail and demonstrates their continued commitment to smart and responsible environmental management, “ Mike James, Managing Director of LRQA, said. “In future, organisations will need to consider more diverse sources of energy as governments seek to reduce reliance on fossil-based fuel for reasons of climate change and energy security.  In this context, improving energy efficiency is seen as a significant future source, making the implementation and certification of Northern Rail’s energy-management system a smart, strategic move.”

Northern Rail serves a population of more than 15 million and is among the world’s first organisations to have been awarded certification to ISO 50001. It expects the certification to generate cost savings by increasing efficiency, capital that will be re-invested to continually enhance the product it offers to clients.

“With ISO 50001 certification through LRQA Business Assurance, we have embedded a system-wide strategy for energy management, instead of approaching it on a project-by-project basis, ” said Ian Bevan, Managing Director of Northern Rail.  The company is the first rail operator to measure its entire carbon footprint, less than half of which is generated by train operations, according to Dr Karen Booth, Head of Sustainability at Northern Rail.

“LRQA’s ISO 50001certification will help us to focus on new carbon-reduction initiatives from energy use, and throughout the supply chain, “ Dr Booth said. “It also allows us to set targets and measure any progress.”

“A key organisational driver for ISO 50001certification was the ease of migration from EN 16001 and the ease of integration into the energy ‘pillars’ of ISO 14001, “ Williams said. “It allowed us to build on previous achievements.”

Bevan concluded: “With ISO 50001, Northern Rail is well equipped to meet the challenges of the marketplace.”

The Role of the European Union in the UK