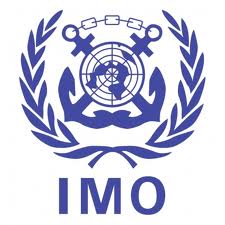 As part of IMO’s efforts to promote the implementation of the Code of Conduct concerning the Repression of Piracy and Armed Robbery against Ships in the Western Indian Ocean and the Gulf of Aden (Djibouti Code of Conduct), the foundation stone of the building set to house a regional training centre in Djibouti was laid during a ceremony in Djibouti on Saturday (29 October 2011). The stone was laid jointly by His Excellency Mr. Ismail Omar Guelleh, the President of the Republic of Djibouti, and Mr. Koji Sekimizu, Director, Maritime Safety Division, who represented the Secretary-General of IMO.

The regional training centre will, when completed, be used to coordinate regional training as well as provide a venue augmenting existing training centres for training being conducted within the Djibouti Code of Conduct. A regional training-needs matrix has been agreed, which will form the basis for training throughout 2012 and into 2013, covering such issues as linking legal agencies with maritime law-enforcement agencies, and including workshops to promote an inter-agency approach to maritime security, as well as an increased emphasis on operational coast guarding functions. The most important role of the centre will be matching available training to the region’s training needs and IMO will provide a Training Coordinator in Djibouti from the start of 2012 to deliver this hugely important function across the whole of the region’s training.

A Memorandum of Understanding (MOU) to allow the International Maritime Organization (IMO) to fund the building of a regional training centre in Djibouti was signed on 30 May 2011, in Djibouti.

Laying the first stone marks the commencement of the construction of the building which is expected to be completed by September 2012.