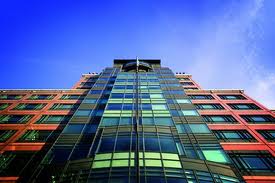 An innovative programme to protect marine biodiversity, backed by the European Bank for Reconstruction and Development, is about to enter a new phase. The project aims to tackle one of the greatest threats to the health of the world’s oceans – the global spread of invasive species and pathogens in the ballast tanks of international cargo vessels.

Ninety per cent of global trade still depends on goods carried by sea. The ships that transport them take on significant amounts of ballast water to remain stable when their holds are empty. Discharging that water far from the port of origin can seriously damage the local marine ecosystem.

The Black Sea offers many examples: among them, the introduction of a jellyfish from North America which has depleted plankton stocks to the extent of causing the collapse of local fisheries.  Working with the International Maritime Organization (IMO), the EBRD has made available €320, 000 to fund training and awareness programmes and support the development of the technical and infrastructural capacity required to cope with the problem.
Introductory training sessions were successfully conducted in Russia and Ukraine earlier this year. The second phase, targeting private sector companies, will begin in December.

The project is also aimed at readying the shipping and port sectors to comply with a 2004 IMO convention on ballast water, widely expected to come into full force soon.

“There is, of course, a very good environmental reason why vessel operators, ports and other actors should tackle this problem, ” said Craig Davies, a Senior Environmental Adviser in the EBRD’s Environment and Sustainability department.

“However, there is also an important business reason: it will soon become mandatory for the shipping industry to comply with the relevant convention on ships’ ballast water. Those who don’t will face serious operational constraints, as they may not be allowed to call at ports of countries that have ratified the International Convention for the Control and Management of Ships Ballast Water and Sediments.”

This new phase of the programme will consist of training on how shipping companies can safely exchange and treat ballast water, together with practical advice on how their vessels can be certified as compliant with the IMO convention.  The GEF-UNDP-IMO GloBallast Partnerships Project is the ballast water management programme established by the IMO, the Global Environment Facility and the United Nations Development Programme.  It is hoped the initiative will have a catalytic effect in the EBRD region, improving the competitiveness of the maritime and port industries and setting an example that neighbouring states will seek to emulate.

“Ballast water management is not, of course, a problem confined to the two countries in which we have held workshops so far. With its unique marine environment, similar activities could also help protect the Caspian Sea. And with maritime trade playing an important role in the Mediterranean Sea, Turkey and other countries in the region could also be interested in benefiting from such training activities in the future, ” said Craig Davies.