Ship-shape, the buzz word to save Greece et al 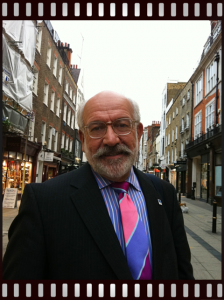 “Ship-shape” is of nautical origin – c.17th century, based on the obligation of a sailor to keep his/her quarters arranged neatly and securely against the inevitable turbulence at sea. It also implies a neat and efficient packing to fit into the limited space typically allotted to service members aboard ship. Just make sure you carefully study and understand these meanings – meticulously neat and tidy….is the name of the game; to explore the matter further, a second cliché appeared: “Ship-shape and Bristol fashion” (nothing to do with fashion).

“Ship-shape and Bristol fashion” is actually two phrases merged into one. Ship-shape came first and has been in use, as said above, since the 17th century. It is recorded in Sir Henry Manwayring’s The sea-mans dictionary, 1644: “It [the rake] being of no use for the Ship, but only for to make her Ship shapen, as they call it.” Admiral William Henry Smyth’s 1865 Sailor’s Word-book – an alphabetical digest of nautical terms, which is a treasure trove of nautically inspired phrases, has a definition of the phrase: “Said when Bristol was in its palmy commercial days – and its shipping was all in proper good order.”

Well then, …all should be “in proper good order” and I am sure that the middle-man in the street does understand these three words: proper, good and order, but what about the politicians, the system and the regulators? Verbalism in one thing, performance and pragmatism yet another!

As these words are written, there is a search for an interim Prime Minister and  ministers to run the country, and not to save the country and minimise the losses for all down town in Athens’ Constitution Square, in Europe and the rest of the world, and also to prepare within a short period of time the country for elections having to sign and perform, prior to this, the despicable European Union demands. And they are despicable long before, as for at least four decades they knew in Europe what was happening not only in Greece, but also in other countries which are going under now with far bigger debdts – some of which are a hidden agenda…

There are skeletons in the cupboard, as they say, and watch this space. In shipping we call this “an under duress situation” and many legal cases have, at the end of the day,   being turned upside down and just turned around…! Who are the head-hunters and who are the candidates for the Prime Ministerial Role? What are their credentials in the private sector of business life? Indeed business life, as,   don’t forget that politics are stricted business! I doubt if an honest person under these proviso accepts the appointment and ridicule the country – unless that person has an ace in his sleeve and the calibre to be successful!

As said during the British Hellenic Chamber of Commerce June 2011 event in London, all, yes all, MP’s of the Greek Parliament should leave forthwith and never to be allowed to stand for any election; tough and harsh but true. There is no “unfortunately for some, ” as all, repeat all the MP’s, one way or another with the political backing from the system within and outside Greece, created this situation! The blame goes more for the two main parties and the MP’s which from time to time where under these parties banners! They have simply to be ousted! Sometimes there have been people who took the world by storm (like Alexander the Great), when the shit hit the fun. Is it the time right and ripe to open the Pandora Box of Revelations? Time will tell! As this is a shipping medium we adhere to proceed further and ask for the reinstatement of the Ministry of Mercantile Marine as this will greatly alleviate many problems. For a start, the current government’s decision to dismantle the Ministry of Mercantile Marine is a two-fold act from internal and external forces.

Who could ever imagine that Greece’s number one earner and job provider, the number one positive industry has been continuously destroyed? And it is the opposition to blame too that never ever safeguarded the industry and the Ministry from all culprits involved! It is the wrong and patronaged unionism that destroys one by one Greece’s flourishing industries with further collateral damages! Destroying the Ministry of Mercantile Marine and having the Unions demanding unspeakable issues  “to be resolved” has in turned diminished the Greek Nationals from the seafaring profession, something we are the specialists among …equals, creates more and more unemployement.  Conversely the Shipbuilding, Shiprepair and Conversion Industries have also collapsed as a result of both parties populist policies and wrong choices as well as wrong persons all together in the industry, coupled once again by the foreign interventions – you all know dead well what is the meaning of this last sentence!

In all professions there are the good and the bad ones. But overall Greece’s shipping community has offered the best for the country and beyond – indeed and beyond. Just see post World War Two how many ships have been built by Greek Interests! Can the greedy politicians and the subjected to Sophistry public and the Unions understand this?  We have to name and shame all those who destroy Greece, the cradle of business civilization, yes business civilization: you only have to read Plato’s  Republic and see for yourself what we mean! As for the politicians, some of which have studied the Classics, but for sure they don’t practice, what should be their punishment?

The spearhead of Greece’s economic power and prosperity all through its existence, for ten millenia, is its Mercantile Marine. It is the shipping people  of Greece, the shipowners and seafarers, the dockers and shipservices groups as well as the Shipbrokers and Wista Hellas who must give the solution!  These people are the only ones who have the contingency plans for every eventuality, as this is what they have always done, save some minor exemptions. Consecutive Greek administrations have failed to understand the positive provocation that:  only through the shipping industry, which is being looked after only by the shipowners and seafarers, and not by the state, which has completely destroyed it, and failed to see as well as to take advantage of the benefits, to the Greek, European and World Economies and the maximisation of these benefits for Greece, Europe and the World at large!

The reinstatement of the Ministry of Merchant Marine, coupled with the interwoven aspect of the Hellenic Coast Guard, should be one of the first tasks of both the interim and the future administrations of Greece following the next elections. Failing to do so, it will only result in total chaos!  Empathy should be abandoned at any cost.

Austerity measures is one thing, precaution and justification for these austerity measures yet another; so let’s ship-shape Greece, Europe and the World! Let Ship-shape govern us. It is not “…the Economy stupid”, “its Shipping matters, its Shipping that matters to save the world!” Do not forget the globe is 80 centum water and most of its inhabitants live nearby the sea! Last but not least remember that there are seventeen synonym words in the Greek language meaning the sea, proving that we are the Masters of the Industry.  The Industry, the World needs a Master, not a captain!

We sincerely wait your comments which will lead to a debate in order to further our industry and save Greece, Europe and the World from unprecedented events yet to come.

The reinstatement of the ministry of mercantile marine has been promised by one of the parties forming the coalition government. However, I have the feeling that there have been influences and private wills against this happening. Time will show though as the proof of the pie..

[…] my last article dated 7th November 2011 under the title: “Ship-shape, the buzz word to save Greece et al” (please read same for your reference as it exists in this site and for the better understanding of […]