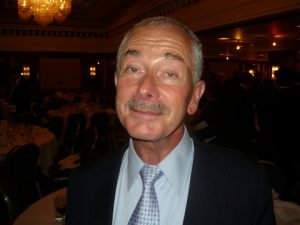 Fraud and corruption are blighting many aspects of the maritime world, from the mundane operation of vessels right through to the highest levels of commercial justice, the most recent seminar organised by London Shipping Law Centre heard.

A panel of experts told the meeting, hosted by the City law firm Stephenson Harwood, that shipping was being hit by scams ranging from theft of cargo, documentary frauds, and fraudulent insurance claims, to charter party swindles (where a crooked outfit hires a vessel on period charter and ‘disappears’ before paying up).

One of the most experienced legal advisers in the sector, Sir David Steel, a commercial arbitrator who is a former senior Admiralty Court judge and who chaired the event, hit out at those who practised iniquity at a very senior level. He said that “quite a few jurisdictions use [ship] arrest as a means of extortion.  There is a pattern in which a ship is arrested; there is an extortionate demand for security in respect of a claim which looks pretty modest; security is then refused and demands are made for cash. When cash or security is tendered, there is a refusal to terminate proceedings. And the defendant is left in the invidious position of facing a substantial claim in a jurisdiction which is potentially corrupt.”

Given the existence of what are known as “telephone judges, ” who refer to their government ministers when deciding sensitive cases, an independent judiciary is seen as one of the most pressing requirements of our time. Blatant state direction to the courts is said to take place in some very important jurisdictions.

Sir David told the audience in this respect: “Maybe you have some questions as to how we are going to deal with it.”

He was speaking after the meeting opened with an outline by Paolo Ghirardani , a partner at Stephenson Harwood, of the salutary case of the Dubai Valour, which a decade after the event continues to yield valuable procedural lessons. It was said that a local chief in Nigeria lodged a claim for $17m for used drilling rig components lost overboard, many times more than the true value of the loss, which was nearer to $200, 000. For more than a year, 27 Ukrainian ratings and officers suffered the ordeal of being under armed guard on the ship, 200 miles upriver. A P&I club tried to reduce the demand, and a settlement was negotiated with $3m paid into an escrow account in London; but the sting in the tail was that an English court granted a freezing injunction on the $3m and “a substantial recovery was made, ” said Mr Ghirardani.

During question time, the Stephenson Harwood partner related the story of a tanker, operated up and down the coast of West Africa by a group of Dutch businessmen and insured in the Belgian market. The ship was claimed to have been hit off the coast by rebels commanded by Liberian warlord Charles Taylor.  On investigation, it turned out that in every port the ship had visited, it “ran off” without paying the agent’s bill.  Files showed that they were never where they said they were. For instance, when they were meant to be loading fuel oil in Lagos, they were stuck in Zaire.  In Lagos Mr Ghirardani tracked the Dutch captain to a hotel, who said that he had been told that the vessel owner had been killed in a car crash, and he was going home to find out about it.  The master said that if he did not get paid he would spill the beans – and this is what happened.

Scuttling claims have become less frequent – these usually involve a vessel with an insured value greater than market value and invariably on an unprofitable fixture, with the forward market looking worse –although there are plenty of other problems to worry about, as outlined by James Wilkes, managing director of investigations group Gray Page.

He cited the Economist Intelligence Unit Global Fraud Report 2011-12 which surveyed 1, 200 senior executives from many sectors worldwide. The results indicated that fraud cost companies 2.1% of earnings in the last 12 months, which equates to a whole week’s revenue.

Mr Wilkes said that despite this, fraud was not high on the list of priorities anywhere in the world. In the maritime sphere, while it was in the interest of ship owners and cargo interests to work together on this, “that is not always a happy marriage.” These interests would want to preserve their rights, “but this can overshadow the benefits of a common investigation.”

The meeting heard of one case where a yacht changed hands five times in a matter of months, with bills of sale to the value of one Euro, removing the ownership well away from the original owner.

Julian Wilkinson, head of the shipping group at accountancy firm Moore Stephens, explained how the forensic accountant had to undertake painstaking research and needed an analytical, hands-on approach, focusing especially on criminal motive and financial outcomes. In following the money trails, the accountant had to analyse bank statements to identify unusual and potentially fraudulent transactions, and “follow the cash, ” using electronic detection and analysis tools.

The panel was quizzed on the impact of the UK’s new Bribery Act on resolving maritime cases. For example, facilitation payments might be demanded to ease the release of a vessel being held improperly, or to inform an investigator pursuing an inquiry. Mr Ghirardani said that in the case of the Dubai Valour, his firm went for political and diplomatic pressure. There was no question of “just going to Nigeria and paying everyone off – it is never that simple. It is much better to keep to the ‘straight and narrow, ’” he said.

Mr Wilkes said: “I have never taken the view that you solve fraud by committing other crimes.  Under the Bribery Act, if we are asking a government official to do something he would not normally do, we are not just exposing a client, we are exposing ourselves [to allegations of bribery].”

He forecast the increasing use of offering rewards, of the type which was employed to tackle the once common ‘phantom ship’ cases, “because we will have to do it in a very transparent way.”

Mr Wilkinson said: “I suspect that the shipping industry is rife with facilitation payments.  I am not sure that there is not some form of facilitation payment every time a vessel comes in or goes out of a port, such as 200 cigarettes for the pilot.”

Thanks for this article, I would be interested in reading further article about the Bribery Act.

Beyond the carton of cigarrettes and the whisky bottle, etc. What about when in a port they stop your ship and ask for 1,000 dollars to let her go? The cause …some trivial excuse, not valid at all.

With a ship loaded and detained, the captain will obviously reprot BUT pay to be allowed to leave port.

– My suspicion and personal perception is that the local ship’s agent together with the harbour master and using the local flag state representative “as authorite” to point out the fault – those three were “partners in crime”.

What an owner can do under these circumstances? Pay? Wait? – Must say that the “3 amigos of the Far East” managed to detain the ship for 24 hours…. when everyone is over here and the loaded ship with the crew is overthere in the Far East, and when here is day there is night …. would the UK Bribery Act work? Shall we call a special 24hr number to have our ship released without pay? and for the sake of USD 1000, who in their right mind would allow to have a loaded ship held for ramson! – What can be done in these cases…. suggestions? – I have plenty! but would like to read other comments.