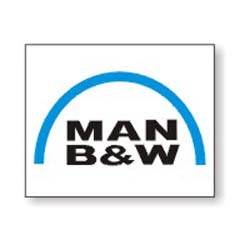 Shortly after the development completion, MAN Diesel & Turbo is set to launch the prototype of the new gas turbine family into the market.
MAN is installing a CHP cogeneration unit at the Rheinberg production plant of Solvin GmbH & Co KG, a joint enterprise of Solvay and BASF. The first of MAN’s new 6 MW gas turbines will be used commercially for the plant.
At the Rheinberg production plant, Solvin manufactures chemical products including PVC (polyvinyl chloride), which is used for example in building construction, consumer products, health and safety equipment and electrical applications.
The new CHP plant is designed to supply 6 MW of electrical and 11 MW of thermal power, thus enabling Solvin to meet its own electricity requirements in the future, thus reducing its dependence on the public power network.
The new CHP Plant will achieve a fuel efficiency of 80% by utilizing the waste heat of the gas turbine in addition to the  efficiency of gas turbine itself of 34% – a peak value in this output class, thus making a significant contribution to reducing primary energy consumption and emissions.
The new generation of gas turbines from MAN Diesel & Turbo has been developed for industrial use and expands the existing gas turbine portfolio to include the 6 – 8 MW output class. The gas turbines are obtainable both as mechanical drives, e.g. for compressors, and in configurations for decentralized power generation with or without waste heat utilization.

UK – £250m pilot to give employers power over skills training