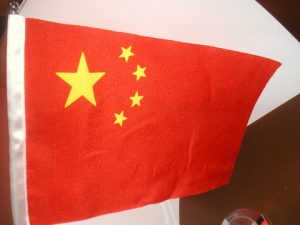 African business has been advised to take a relaxed view of the rapidly growing stake built by China in the continent’s raw materials and shipping sectors.
The guidance was offered by Jim Davis, one of the most respected commentators in the industry, to the latest quarterly meeting in London of Afrimari, a networking group whose mission is to cultivate African maritime and trade related business “through the connection of future leaders.”
Mr. Davis, who is chairman of the International Maritime Industries Forum, acknowledged there were concerns about China’s role in Africa. A recent item from Xinhua news agency quoted a ministry of commerce official in Beijing as saying that the level of trade between China and Africa in 2011 is expected to be a record.
China-Africa trade volume rose 30% year-on-year to reach $122.2bn during the first three quarters of 2011, compared with the US$126.9bn for the whole of 2010. Bilateral trade has grown at an annual rate of 28% over the past 10 years, said the official.

Mr Davis told the City meeting, sponsored by Braemar LPG Connect, at the Baltic Exchange, that as “the big hitters in the trade” the Chinese were demanding vast quantities of what Africa produces in the form of ore and other commodities. The Chinese realised very properly they had to ensure their sources of supply from Africa, Brazil and elsewhere and the shipping industry was very important in that, on the basis that “we had better take a good slice of the action in transport, in ships.”
At question time, Mr. Davis was asked by an Afrimari member what advice he would give to China’s counter-parties in Africa. The fundamental advice, he replied, would be: “Do not get scared. It is very natural that a huge user would want to secure supplies and transport.” There was a scare, years ago, that China would “dominate us all, ” but the Chinese had problems of their own. Economic growth in the heavily populated country was enormous and “they don’t want to be hostages to fortune too much.” The IMIF leader repeated: “My advice would be, do not get too fussed about it. I do not think they are hustling for world domination in that way.”

China is now Africa’s biggest trading partner, with more than 2, 000 Chinese companies having invested in the continent. Mr Davis said that Africa is at a stage where it has a great deal of what other people need. “It is in a very strong position. At present there are a lot of problems there, but Africa really has a great future in the maritime world, and in keeping this world together.”
Turning to the shipping industry’s fight to survive in depressed conditions, Mr Davis said that the need for effective shipping will grow: the demand is going to be huge, “but we have to start thinking globally and not nationally.” He added: “We have to think of shipping not just as an inviolable, romantic trade, but as part of the supply chain.”
Current pre-occupations with the European Union were understandable, but we had to remember that huge sections of population were in the Far East and Africa, and raw materials were found in those regions and South America.
Mr. Davis – who has been in shipping since 1952, in the days when the P&O fleet boasted 365 ships – said that currently, people in the business were holding back. Banks were paying money out on ships that were no longer worth their loan. This had followed an ever-increasing false bubble of optimism, when more and more ships were produced, many more than needed for cargo volumes. “Basically we are running along the bottom of a very deep cycle.”

An area for optimism was that in the light of bunker costs, everyone had to look towards fuel-efficient ships. The yards, working with classification societies, could produce very efficient ships in terms of hull form and propulsion equipment, but a ‘scrap and build’ policy was essential. “Now is a real opportunity for ship owners and builders to do something about the inertia gripping the industry in terms of new ships.”
Mr. Davis forecast tough times ahead in 2012 and into 2013. “There will be blood on the carpet because some people are going to go bust, but we have to work through that.”