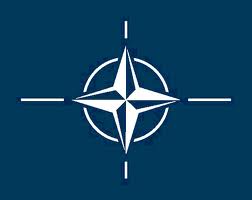 Overview
During the reporting period of 8 to 14 December 2011 the piracy activity level was less than the previous reporting period. Suspicious activity was seen in the North Arabian Sea and a mothership was located off the coast of central Somalia, which was later disrupted by naval counter piracy forces.
The NE monsoon is fully established, and this is probably a contributing factor to the decrease in piracy activity in the Greater Somali Basin.

Southern Red Sea (SRS)/Bab Al Mandeb (BAM)/Gulf of Aden (GOA)/Internationally Recommended Transit Corridor (IRTC)
The NE monsoon has increased wave height in the SRS, BAM, GOA, and IRTC areas, which has reduced piracy activity. These areas are still of concern, as PAGs are known to be in these areas and are likely to take advantage of short term favourable weather conditions to attack vessels of opportunity. Prudent and timely application of BMP can make the important difference of being approached, attacked, or being pirated. Pirate skiffs will continue to blend into local fishing traffic; thus this area remains a high threat region.

Arabian Sea (AS)/Greater Somali Basin (SB)
A mothership was located approximately 100 nm off the coast of central Somalia on Friday 9 December. The mothership was disrupted by naval counter piracy forces on Monday 12 December. With the increasing NE monsoon, piracy activity in the Arabian Sea is expected to decline, although some regions of better weather closer to the coast may tempt some pirates to head out and attack vessels of opportunity.

Counter Piracy Guidance Update
Successful disruptions by counter piracy forces, complemented by Masters’ adherence and implementation of BMP, have significantly reduced the pirates the ability to capture vessels. Pirates continue their attempts to hijack any vessels of opportunity, proving that piracy can occur at any time. In the northern SB and AS it has been noticed that the preferred mother ships are local dhows, whereas in the southern SB the preference is that 8 metre whalers are used as mother ships.
Extra vigilance, implementation and adherence to BMP and Self-Protection Measures remain essential for all areas. Masters are encouraged to get as much detail as possible including photographs of any vessel acting in a suspicious manner.
If any incident occurs, Masters are requested to report immediately to UKMTO via telephone and provide the details of the incident. This will ensure the information is provided to other ships in the area for their awareness and vigilance.

IMarEST Role in Marine Mining – and at The House of Lords –