ICS reminds shipowners to comply with STCW in 2012 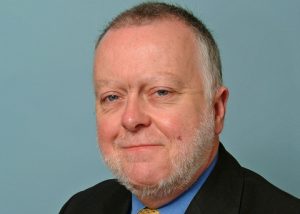 ICS is advising shipping companies to ensure they comply with the Manila amendments to STCW, particularly in relation to seafarers’ rest hours and the more stringent requirements for preventing drug and alcohol abuse that will apply worldwide from January 1st 2012.

ICS is reminding shipowners that the new STCW minimum rest hour requirements are likely to be vigorously enforced by Port State Control Officers who will have the authority to check that ships maintain accurate records for individual seafarers which demonstrate they have been provided with the required minimum rest. For example, seafarers must now always have at least 10 hours rest in any 24 hour period. To help further reduce the possibility of fatigue, much of the flexibility that previously applied under STCW has now been removed.

The new STCW rest hour requirements were developed to ensure that they were compatible with those stipulated in the ILO Maritime Labour Convention (MLC) which is expected to enter into force in 2013.

Peter Hinchliffe, ICS Secretary General, explained: “It is particularly important that companies comply with the new IMO rest hour requirements and record and monitor seafarers’ rest periods. Apart from the importance of preventing fatigue, Port State Control can be expected to begin checking the authenticity and accuracy of any records by comparing them with other vessel documentation. Seafarers must also confirm that their hours are accurately recorded.”

ICS advises that, because the STCW Convention already has widespread ratification, the 2010 amendments will be enforced on a global basis earlier than the ILO MLC standards. In practice, from January 2012 it is therefore expected that STCW 2010 will become the principal regime for rest hours that will be checked by Port State Control.

For the first time under STCW, mandatory limits for alcohol consumption are also being introduced (a limit of not greater than 0.05% blood alcohol level (BAC) or 0.25 mg/l alcohol in the breath), although individual flag states may choose to apply stricter limits.

Other new STCW requirements governing competence standards and certification will be phased in from January 2012.  To avoid misunderstandings, ICS recommends that vessels keep on board copies of two circulars developed by the IMO Maritime Safety Committee in May 2011 which clarify the implementation dates of the STCW 2010 amendments for Flag States and Port States.

Useful advice and reference information is available in the updated ISF Guidelines to the IMO STCW Convention. In addition, the ISF Watchkeeper 3 software will assist compliance with the new STCW seafarers’ rest hour requirements, particularly with recording, monitoring, checking and planning.