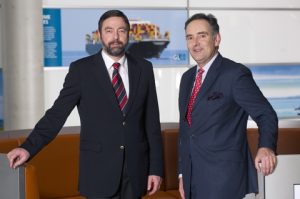 The appointment of Mr. von Oldershausen reflects GL’s ambition to further sharpen its customer focus and continue to expand its global activities. Mr von Oldershausen will be based in GL’s Head Office in Hamburg and begins in his new role on 1 January 2012.

Mr. von Oldershausen has more than 30 years of experience in the maritime industry, with his most recent position being Managing Director of Deutsche Seewert, a marine advisory and asset management firm. He graduated from the University of the German Federal Armed Forces in Hamburg with a degree in mechanical engineering, and participated in a post-graduate programme in international business at the University of Houston . He started his career as a technical officer in the German Navy. Mr von Oldershausen held management positions at the Hellespont Group, HCI Capital AG and MAN Ferrostaal AG. He also maintained a close relationship with Germanischer Lloyd as a member of GL’s Economic Advisory Committee.