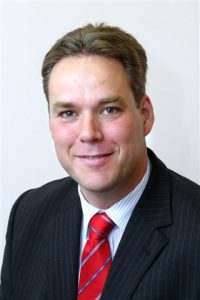 05 January, 2012 – Inchcape Shipping Services, the world’s leading maritime services provider, has this week opened its doors in Algeciras– Spain’sbusiest port. It is one of a number of new offices scheduled to be opened byISS in 2012 and completes the company’s expansion in the Northern Mediterranean region.

“The opening of the Algecirasoffice strengthens the company’s position in this important maritime region, ” said Michael van Hemert, Senior Vice President for Europe and North Africa. “The office is a natural development, strengthening our extensive operations in Gibraltar and enabling us to provide seamless service delivery across the region.
“With the new office we have reached an important milestone in the ongoing expansion of our marine services network, ” VanHemert added. “This final part of our Northern Mediterranean expansion will meet a specific customer demand and open up opportunities for further growth in the area.”
The office will be managed by Julian Isola who has been withISS since 2000, and who is responsible for the daily operations of ISS Iberia.

Algeciras is Spain’s number one port and one of Europe’s largest container transhipment hubs withvolumes exceeding of 3m TEUs annually. Its geostrategic location places it at a major crossroads of the world’s shipping lanesand trade routes. The port also enjoys a much improved road infrastructure linking the port with its hinterlands.

Statement from the shipping industry’s SOS SaveOurSeafarers campaign with reference to the U.K. House of Commons Foreign Affairs Committee’s Report “Piracy off the coast of Somalia”.