Statement from the shipping industry’s SOS SaveOurSeafarers campaign with reference to the U.K. House of Commons Foreign Affairs Committee’s Report “Piracy off the coast of Somalia”. 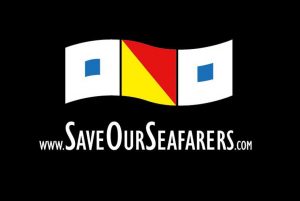 Statement from the SOS SaveOurSeafarers campaign** re ‘Piracy off the coast of Somalia’.

As the FAC observes, gathering evidence against pirates  is challenging. But SOS notes FAC’s comment that not all claims made by the government about the difficulty in securing evidence were wholly convincing. When pirates are observed in boats with guns, ladders and even hostages, SOS agrees with the FAC that “it beggars belief that they cannot be prosecuted”.

SOS joins with the FAC in urging the government to engage with regional states to agree consistent and workable rules on standards of evidence required for a piracy prosecution.

Although prosecution in local courts is the preferred option, the FAC’s assertion – that there is no legal reason preventing the UK from asserting jurisdiction over suspected pirates and trying pirates in UK national courts if no other state is willing to do so – could mean more pirate prosecutions if the government is prepared to play ball.

SOS joins with the FAC in urging the government to exercise its universal jurisdiction and try pirates in our national courts if no other country will take the suspects.

FAC observes that it is appropriate to take a cautious approach to military operations when hostages are involved, but adds that, if the use of violence against hostages continues to increase, this may change the balance of risk in favour of military intervention in the future.

SOS joins with the FAC in urging the government to continue to provide at least one vessel to counter piracy operations at all times.

FAC observes that the risk to pirates of encountering serious consequences is still too low to outweigh the lucrative rewards, and  simply returning suspected pirates to their boats or their land provides little long-term deterrence.

SOS joins with the FAC in urging the government to keep naval forces’ rules of engagement under regular review to ensure that they can respond flexibly to changes in the pirates’ tactics and opportunities for prosecution.

** SOS SaveOurSeafarers is the biggest ever grouping of the international maritime industry with 30 organisations joined together to raise awareness of the human and economic cost of piracy using approaches to politicians and industrial leaders at the highest level.

It started operation in March 2011.

It’s main aims are to resolve the piracy problem off Somalia; to see piracy deterred, defeated and eradicated; to stop seafarers being tortured and murdered.