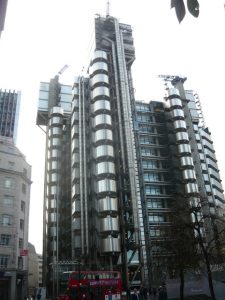 Lloyd’s has today announced the appointment of Charles Franks as a non-executive director on the Lloyd’s Franchise Board.

Established in 2003, the Franchise Board is responsible for the day-to-day management of the Lloyd’s market.

Mr. Franks is Chief Executive of Kiln Group Ltd and brings nearly 30 years of insurance expertise to the role. He replaces David Shipley who has completed nine years of service on Lloyd’s Franchise Board and Council.

John Nelson Chairman of Lloyd’s said: “I am delighted Charles has agreed to join the Franchise Board. He is a widely respected senior market Chief Executive and brings a wealth of experience to the table.
“I would like to thank David for his tremendous contribution to the Council and Franchise Board.  He has helped shape the success of Lloyd’s today.”

Charles Franks said: “I am pleased to be joining the Board during what is both a challenging and fascinating time for our industry, and I look forward to the opportunity to work with such esteemed professionals in the market.”

1.A biography of Charles Franks is below:
Charles Franks is Chief Executive Officer of Kiln Group and its UK operating entity, R J Kiln & Co – one of the largest managing agents in the Lloyd’s insurance market. A recognised industry leader with nearly 30 years’ experience in the Lloyd’s market, Charles led the successful integration of Kiln into the Tokio Marine Group following its acquisition in 2008; completed Kiln’s largest ever investment in 2011 of a US-based coverholder; and has accelerated the company’s continued international expansion during his tenure.

Charles joined Kiln in 1993 as Deputy Active Underwriter of Marine Syndicate 123 with responsibility for the energy account.  He was appointed as a Director of R J Kiln in 1995 and Active Underwriter of the Marine division in 2001, before becoming Chief Executive Officer of R J Kiln & Co Limited in July 2007, and of Kiln Group in January 2009. Prior to joining Kiln, Charles was an underwriter for AR Mountain and CW Rome, having started his career as a broker with the Sedgwick Group.
2.Mr Franks’ appointment has been approved by the FSA. He will take up the post immediately for an initial term of three years.
3.The Franchise Board is chaired by the Chairman of Lloyd’s. It has three executive members and up to seven non-executive directors who are appointed for their specialist knowledge and expertise.
4.The Franchise Board’s goal is to ‘create and maintain a commercial environment at Lloyd’s in which the long-term return to all capital providers is maximised’.
5.Charles Franks is also a Lloyd’s Market Association board member.