GAC opens new office in the Republic of the Congo 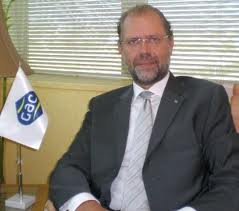 GAC has opened a new office in Pointe Noire, Republic of the Congo.

GAC Shipping and Logistics Congo Sarl will provide ship agency, husbandry and freight forwarding services for customers operating in the Congo, as well as providing additional support for GAC’s customers in Angola.

The new office has been opened in response to a growing number of port calls in the waters of the Republic of the Congo and is an important expansion of GAC Group’s operations across West Africa.

Erland Ebbersten, GAC Group Vice President, Africa, Russia and Central Asia, explains: “Having a frontline presence in the Republic of the Congo is very important to our customers operating across the region. Our 13 years of experience in neighbouring Angola and our highly experienced staff and strong synergies there, put us in a good position to extend our global network to the Republic of the Congo.

“The country is becoming increasingly important as a location for shipping and logistics operations, as we witness a shift in the patterns of global trade and increased infrastructure investment across Africa. We have seen the demand from principals served by GAC elsewhere in West Africa for a dedicated team in the Republic of the Congo, bringing together GAC’s global standards and resources with local knowledge and expertise to ensure that we can deliver the same level of professionalism and
efficiency for our customers in the Congo, every time.”

GAC’s team in Congo is led by Rene Vila, a well-known figure with more than 30 years of experience in the country’s shipping and logistics industry. The General Manager is Gerrit Laubscher, also General Manager of GAC Angola.

He says: “The port of Pointe Noire plays a very important role in facilitating trade both to the Congo and to the Angolan province of Cabinda. As it lacks port facilities for large vessels, Cabinda relies on Pointe Noire for the handling of cargoes required by the burgeoning Angolan oil, gas and construction industries. As such, not only will the
new GAC office benefit our customers in the Congo, we will also deliver enhanced shipping and logistics services in Angola.”

GAC Shipping and Logistics Congo is a joint venture with Davy Lebosso, a highly experienced logistics operator and long-standing local partner of GAC.

Hello, my name is Heidrun Vila-von Hoff, I´m The Ex-Wife of René Vila and I heard yesterday from his son, that he died in November this year.

Was he working at our company? We didn talked about mor than two jears together.

Please answer me, many thanks.

I tried to go in contact with his wife,but I don’t have the rihgt pone-number