Celebrating the New Year and cutting the Vassilopitta 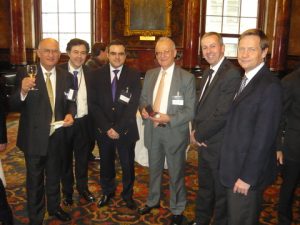 Captain Theo Lembessis of ELKA Shipping was the lucky punter of this year’s sovereign at the cutting of the Vassilopitta event as well as to celebrate the New year, which took place last Thursday at Lloyd’s Register headquarters in the heart of the Square Mile! 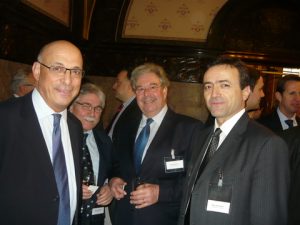 This is one of the major City events/celebrations worshipping the Greeks, their tradition, maritime values and takes place at the society’s old listed building at 71 Fenchurch Street. It was the second event under the Chairmanship of Thomas Tune Andresen, who together with  CEO Richard Sadler, the head of the Marine  Division Tom Broadley, the head of Greece – Eastern Mediterranean and Black Sea Apo Poulovassilis and their business development teams headed by Costas Papadakis  presented us with an unforgettable event. Supported by the children’s chorus of the Hellenic College under the direction of Julieta Demetriades with excellent drinks and mostly Greek cuisine dishes the event went on until late. 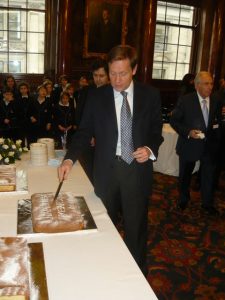 For the first time ever the number of women went above twenty within the 150 male-faithful, a milestone given past celebrations! The majority of the guests come from the members of the Greek  Shipping Co-operation Committee, with the technical and marine consultants being second and products and services specialists in third place. Shipbrokers too made their presence felt. Journalists from Lloyd’s List, Tradewinds, and other publications and  media where there to cover this special event which enhances the British-Greek relationship. Traditional greek gifts and useful information were given to each guest at the end of the event. At least in the Maritime World and despite the latest economic hick-ups back at home as well as in Europe and the rest of the world, the Greek pride and dignity remains untarnished and ready to lead the way forward! It is about time the world realises the importance of the shipping industry in its entirety.

Oil explorers step on the gas as energy prices boom –

Videotel’s beginning of the year party