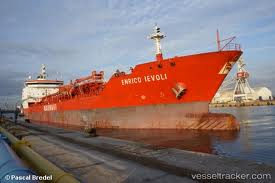 A maritime security alert has been issued for the Gulf of Aden after hijacked Italian-flagged tanker “Enrico Ievoli” was reported heading north east from the Somali coastline in position 08:54N-050:59E on 19 January.

The vessel has a red hull and white accommodation block, IMO number 9188415. The movement comes days after previously-hijacked Marshall Islands flagged MT Liquid Velvet was reportedly patrolling as a mother ship between Socotra and the north eastern tip of Puntland on 10 January. Vessels are advised that larger commercial vessels have been used as motherships to launch attacks from in the past, and to proceed with caution. Watch rotas and crew preparedness along with security measures in accordance with up to date best management practices will significantly reduce the risk of a successful pirate attack.