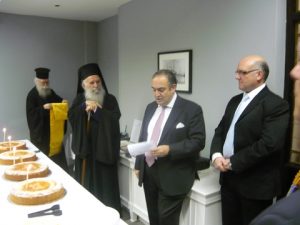 Last Thursday in the presence of nearly 150 members and their guests the GSCC’s Vassilopita event took place at the Baltic’s first floor.  His Eminence Archbishop Gregorious of Thyateira and Great Britain blessed the Vassilopitas, whilst present honouring the event  where the Greek Ambassador  Aristides Sandis, the Military Attaché Captain (HN) Anastassios Tserkezoglou, the Maritime Attaché Captain (HCG) George Seferiades and the former Secretary-general of the IMO Admiral (Rt) Efthimios Mitropoulos. A very stimulating speech by the Chairman Harry J. Fafalios who amongst others mentioned the modernization of the Greek owners’ fleet, the 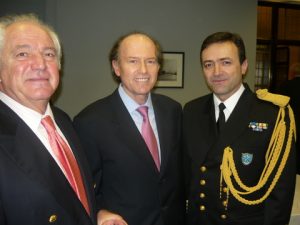 Piracy issue, the charterers obligations towards the owners, the emission matters, the importance of maritime education and training, the Greek flag and how same it matters, stressing above all that the Ministry of Mercantile Marine should be reinstated as it was and wished all present the best if health and luck for the New Year. 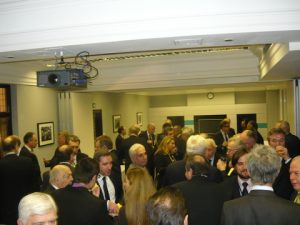 Too lucky punters, Andreas Tsavliris and John Kourmatzis from DNV won the two sovereigns and we wait to see who has a dentist’s appointment for the third one…

The Chairman and the CEO of the Baltic Exchange Mark Jackson and Jeremy Penn where there, as well as the Father of the Baltic Derek Prentis; Elena Dinga from Vogt Maguire, Iro Avgoustidi from Curzon Maritime, John Barbalias, Dr. Abdul Rahim from NKK, and Michael Baxevanis. Also from the Class Societies Tom Broadley from Lloyd’s Register, Dr. Chris Leontopouos from ABS Piraeus  and Antonio Lino Costa from ABS’ London Office. Banker John Makris from EFG and Helena Mavrogonatou from Coutts bank talking with Mathew T. Los. 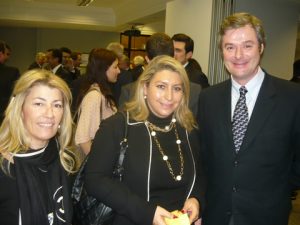 Century old Tryfon Kedros with his nephew Alexander Kedros, Nick Skinitis from Hermes Shipbrokers, Captain Theo Lembessis from Elkas’ London office, Stathes Kulukundis and Dimitris Monioudis, President of the Hellenic Engineers Society of Great Britain from the R and K offices, Ted Zaimis from Seacurus Ltd, Loucas Kontoyannis from the IMO, George Anastassiou from the PSU and many others honoured the event! It was the first also appearance of Captain (rt-HCG) Costas Amarantides who takes over as Director of the Committee and everyone wished him all the best of luck in his new position!