Following on the “Costa Concordia”,   from The Nautical Institute: 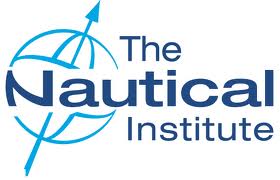 The Nautical Institute learned with great sadness of the loss of life associated with the sinking of theCosta Concordia and expresses condolences to the bereaved families and sympathies to the injured and traumatised survivors. We congratulate the rescue agencies who continue to search for casualties in very difficult circumstances.

The Nautical Institute notes with extreme disquiet the alacrity with which the ship’s owners, Costa Cruises, blamed all on the Master, Captain Francesco Schettino, accusing him of unprofessional conduct before any investigations could have taken place.

The Nautical Institute is also extremely uneasy with the speculation in much of the world’s media. Some evidence which should be in the hands of official investigators is being paraded in newspapers and television news programmes. Blatant speculation into the actions of Captain Schettino and others before, during and after the accident is being presented as fact.

Captain Schettino stands accused of very serious crimes in Italy although he at least has a lawyer acting for him. The Italian State has initiated an official investigation into the sinking of the Costa Concordia and the actions of her Master and crew. It would be wise to await the outcome of the official investigation and trial, if one is deemed necessary by the Italian State, before publishing speculation which only serves to make it impossible for any defendant to receive a fair trial or for an unbiased jury to be appointed.

The Nautical Institute will continue to speak out in defence of any mariner who is subjected to less than fair treatment and who is not given the right of any human being to be considered innocent until proven guilty.

About The Nautical Institute