Shipping Financing in Crisis – a personal view by Alan McCarthy 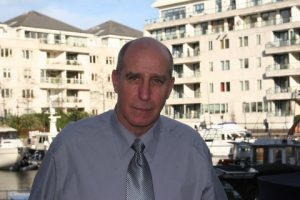 The BDI is in free fall, with the accompanying predictions of further doom and gloom.  Low rates, overcapacity, a Damoclean overhang of newbuildings and tensions in the Persian Gulf all swirl about us as we strive to keep the P&L account in the black.

Nothing new here!  Shipping is volatile and cyclical.  The cycles are inevitable; good times – over-ordering – oversupply –bad times, but timing is often difficult to judge.  Volatility is not quite so easy to predict as invariably politics get involved; such as the 1970’s oil embargo, the Asian debt crisis.  But at least on those occasions, the banks still had money to lend.

Now, for the first time, the Fourth Horseman of the Apocalypse – ‘Restricted Lending’ – is saddled up and ready to ride out alongside his companions, ‘Low Freight’, ‘Oversupply’ and ‘Distressed Assets’.  And he is not a cycle. He is here to stay.

The numbers are startling.  A good estimate of the combined value of the shipping loan portfolios of the top 20 lenders to the shipping industry in 2010 was about $345 billion.  This was down by about $67 billion from 2008.  A decline of nearly 20% in 2 years with no end in sight.

As banks grapple with the problems of sovereign debt, increased capital regulation and governmental pressure to support domestic industries, shipping continues to slip down the list of lending priorities.  Many notable public statements from senior and respected shipping bankers about lack of liquidity and difficulties in funding from the inter-bank markets reinforce this view.  Several banks have posted ‘for sale’ notices on their shipping portfolios but have been unable to find buyers at their over-optimistic valuations.

Banks will not rebuild their equity in the short term. If and when they do, the shock to the system delivered  by sub-prime debt and the collapse of Lehman Brothers will continue to make lenders wary of taking long term risks on high capital value assets they do not really understand.

Private equity funds talk the talk but as yet, have not demonstrated they can walk the walk in terms of providing appropriate funding for shipping.  Public equity and debt markets are fickle, highly regulated and generally dislike the unpredictable nature of the industry.  Together, the total funding from these sources will hardly scratch the surface of what shipping will require in the coming years. Both public and private equity needs big name players and big deals.  Most shipping companies are privately owned and of small to medium size.  This immediately excludes them from the target lists of the Wall Street predators.

If you ask the major ship lending banks if they are still in business, they generally give an optimistic answer. Some may even cite the latest Dealogic statistics that show syndicated bank lending increasing during 2011.  Do not be fooled.  Some banks, probably no more than 10, may have some capacity for new loans to new clients, but only the very top tier of corporate shipping companies and the most prestigious deals.  The others restrict their capacity for existing clients, and then mainly to restructure impaired deals.  Restructuring and ‘trophy’ projects accounted for most of 2011’s lending.

Ship-owning is highly fragmented and utilises thousands of limited life assets that are in constant need of renewal.  It is one of the world’s largest industries and one of the heaviest consumers of capital.  More than that, it is fundamental to world trade.  It is probable that more than 95% of everything that touches our lives has been on a ship, starting as a basic commodity right through to the finished consumable product.  Nothing else comes close when it comes to transportation efficiency.

A typical private owner may be a second or third generation, highly experienced operator of mid-aged and mid-size fleets.  Over the generations and through the decades such an owner will have developed the skills to operate in a cyclical market and generally knows better than any banker when to buy and sell.  If the bigger players’ ability to place new orders is restricted because of a lack of liquidity, they will hold on to their assets for longer.  Their ability to sell used tonnage will also be restricted as typical buyers – the privately owned fleets – have effectively been abandoned by the banks.

So the average age of the global fleet will increase, the influx of modern, fuel efficient ships will be delayed to the detriment of the global environment and many owners will simply turn their back on the business and do other things with their money.

For the time being, the effect of the banking crisis may not be quite so evident on the shipping industry as there are already too many ships and the sector is in one of its periodic downturns.  The most obvious sign will be an increase in bank foreclosures. So in the short term, lack of funding for even more unwanted ships is probably a good thing.

But we know that the market cycle will change and the demand for ships will increase.  It always does (bankers, please note).  What then?

New sources and methods of funding must be found.  We, and others like us, are working on it.  A pool of finance, sensibly priced and properly structured is a good, well paying long term business.  It is a shame the supervisory boards of the banks have forgotten it.

Where are the shipping banks?

This clearly proves that world’s economic growth is slowing down at musch faster rate than anticipated.

Reply
All About Shipping » Blog Archive » Ship owners left floundering as the big banks shrink from financing new projects, and IMIF hears that the market is struggling for answers February 26, 2013 - 8:39 PM

[…] McCarthy, a consultant to Eurofin ship finance advisory group (who contributed an article last year), and Shreyas Chipalkatty of Citi Group delivered their views to a deeply-attentive […]

Along with onions, spicing up your food with garlic and onions may help
ward off arthritic pain. All you need to do is take some garlic
cloves and crush them. If you want to add garlic flavor to food as it’s cooking, use garlic powder.