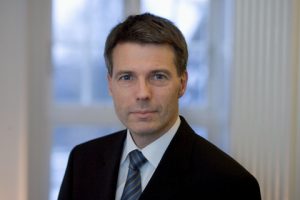 BIMCO and the Norwegian Shipbrokers’ Association (NSA) are proud to announce the launch of the new edition of SALEFORM – the industry’s most widely used agreement for the sale and purchase of second hand ships.

SALEFORM 2012 builds upon the international success of its predecessor, SALEFORM 93, while retaining the accepted general principles and familiar structure of the ’93 edition. The decision to revise SALEFORM followed from consultation with the global second-hand ship sale sector who felt that the industry would benefit from a modest update of this widely-used agreement.

The new edition incorporates many of the commonly made amendments applied by the industry. Certain provisions in the ’93 edition which are known to have created uncertainty and misunderstanding have been re-worded in SALEFORM 2012 – resulting in much greater clarity.

Care has been taken to avoid the agreement becoming overly prescriptive. The emphasis during the revision has very much been on retaining SALEFORM’s character as a commercially flexible platform agreement on which to base a wide variety of different types of ship sale around the world.

According to BIMCO’s Deputy Secretary General, Mr Soren Larsen, “Together with the NSA, BIMCO is delighted to bring this updated edition of SALEFORM to the market. We have listened carefully to what the industry wanted and we believe that users will welcome this much improved version of what is recognised globally as the standard contract for the international sale and purchase of ships”.

The Norwegian Shipbrokers’ Association Director, Mr Knut Frode Eriksen, added that “The NSA is very pleased to have worked closely with BIMCO again to revise this most important standard document. We first developed SALEFORM in 1925 and have since 1956 collaborated with BIMCO on subsequent revisions of SALEFORM. Recognizing the leading role BIMCO have in developing and promoting quality documentation in international shipping, we are proud to yet again have successfully completed a revision of SALEFORM that has met with BIMCO standards and approval. We are confident that the revision reflects the needs of the industry and brings improvements to the agreement that will be very much welcomed by users around the world”.

Copies of SALEFORM 2012 can be obtained through BIMCO (www.bimco.org) and the NSA (www.shipbroker.no) along with explanatory notes highlighting the differences between the new edition and the ’93 edition.

BIMCO is the largest of the international shipping associations representing ship-owners controlling around 65 percent of the world’s tonnage and with members in more than 120 countries drawn from a broad range of stakeholders having a vested interest in the shipping industry, including managers, brokers and agents. The association’s main objective is to protect its global membership through the provision of quality information and advice, and while promoting fair business practices, facilitate harmonisation and standardization of commercial shipping practices and contracts. In support of its commitment to promote the development and application of global regulatory instruments, BIMCO isaccredited as a Non-Governmental Organisation (NGO) with all relevant United Nations organs. In an effort to promote its agenda and objectives, the association maintains a close dialogue with Governments and diplomatic representations around the world including maritime administrations, regulatory institutions and other stakeholders within the areas of EU, the USA and Asia.