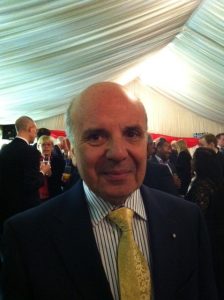 As we begin to get into our stride following the New Year celebrations, we are always quick to compare the year on year stats to gauge how the industry fared over the previous year.  This year’s job was made significantly easier as it was recently declared that Malta is now the largest ship register in Europe and the seventh largest in the world.

The Malta maritime registry now boasts 5, 830 vessels totalling 45.6 million tonnes.  So what is it that keeps on attracting ship-owners and managers to Malta? It is most definitely a multitude of things but what is interesting is the shift in importance that is now given to certain predominant factors.

The credo of both Transport Malta and the service providers has always been,  never rest on your laurels. This mentality has contributed significantly to making the Malta maritime flag what it is today and will undoubtedly continue to stand us in good stead.  In this respect Transport Malta has gone to great lengths over the years to ensure that what is good is improved and what is bad is eradicated.

Certain factors such as Malta’s strategic geographical position and our time zone (European Central Time) have always helped as they made doing business convenient.  However, business moved to all corners of the world and as modes of communications developed, the importance of these factors eased.  The need for efficiency did become even more acute though.  I think it’s fair to say that in this respect both the administration and the services providers clearly stepped up to the plate and today offer 24/7 assistance.  The shipping industry never sleeps and is said to be the closest thing to the perfect competition model.  The slightest factors could tip the scales to the advantage of the ship operator or vice versa and it is for this reason that ship operators want stability and peace of mind…and the Malta maritime flag offers just that!

The Malta flag administration’s policy is clear, “quality shipping and ensure that ships with a poor detention or safety and marine pollution record do not operate under the Malta flag”.  Also, the registry continues to grow whilst the average age of the vessels is continuously decreasing, currently at 12.78 years.  The incentives offered to younger vessels and the seriousness with which the flag administration is carrying out Flag State Inspections has contributed greatly to Malta retaining its place on the Paris MOU ‘White List’ and subsequently attracting blue chip shipping companies.  Having said this, it is imperative that the conclusions from the Voluntary IMO Member State Audit Scheme are positive and that we are soon listed as a Flag meeting low risk criteria.

Despite initial fears by many in the industry, Malta’s accession to the European Union was another factor that contributed positively to the growth of Malta’s ship register.  The growth of the Maltese maritime registry is proof of this.  The truth of the matter is that whilst certain requirements did become more stringent post-EU accession and certain ship operators did choose to flag out, by and large it only helped strengthen the quality of the flag.  Ultimately it is only quality ship operators that are willing to adhere to the strict national and EU regulations.  Accession into the EU served to instill confidence across the board as ship operators, port States and cargo owners can guarantee and can expect a higher standard of safety and efficiency.

It is opined by many in the industry that with time the fiscal costs of flagging have taken on less significance for a ship operator compared to other factors such as the ones discussed herein.  There is much truth in this but let’s not forget that given the perfect competition model of the shipping industry, every penny earned is a penny saved, particularly in these times when freight rates are so low.   In this respect the tonnage tax system (which was retained despite fears that it would have to be abandoned upon accession into the EU) remains an important factor for ship operators as it offers stability with regard to financial planning.  Furthermore, the flag administration costs and service provider fees have remained extremely competitive over the years.

The advantages that currently stand out amongst the rest are the sound legal system and the safeguards the Maltese legal system offers both financiers and ship-owners. I contend that these currently stand out amongst the rest because it is times like these, during an economic crisis, that the law and the judicial system as a whole are put to the test.  Thus far, some sound judgments have been handed down which have only served to strengthen Malta’s credibility as a reliable jurisdiction and offer even more security to all stakeholders.  The protection Maltese law offers financiers has been recognized as one of the best, particularly in the case of default by the mortgagor wherein the mortgagee is entitled to take possession of the vessel and proceed with the sale thereof if the mortgagee so desires. Furthermore, given that the mortgage is an executive title (no need for a court judgment for a mortgagee to enforce its claim) the mortgagee may apply to the courts directly for a judicial sale by auction to be carried out.  Both systems are tried and tested and have proven to be effective.  On the other hand the procedure of the Court Approved Private Sale, which has been put to the test for the first time very recently, enhances further these advantages as it appears to be more satisfactory to all the parties concerned. This means that by application to the courts and subject to certain procedures being followed, in case of default, a mortgagee may still ultimately sell the vessel to a private buyer, thereby being able to fetch the most reasonable price (as would be the case in a private sale) but also allowing the buyer to benefit from purchasing the vessel free and unencumbered (as in a judicial sale by auction).

The yachting sectors, both pleasure and commercial, have also solidified considerably over the last few years.  Malta has fast become an attractive location not only for winterization but also as a homeport for all types of yachts due to a multitude of advantages.  The increase and embellishment of high end marinas which are capable of accommodating some of the largest super yachts, the fair winter weather and the quality of service providers have intrigued many yacht owners.  Furthermore, fees remain extremely competitive, notably so as third countries are now imposing berthing taxes.  These factors, in conjunction with our geographical location, make Malta very attractive for super yacht owners.  Malta’s geographical location takes on added importance in the yachting industry due to the fact that the yacht may need to call at a Maltese port for customs importation and/or for VAT purposes depending on the yacht’s status.

There are also legislative aspects that have added a level of comfort for yacht owners.  VAT issues do arise in certain countries when payments are made during off hire periods and have resulted in yacht owners facing far larger bills than originally expected.  The Maltese VAT laws have often been put to the test and have proved their consistency; a characteristic that is fundamental for accurate financial planning.

The pleasure yacht industry is another sector that continues to thrive, in great part due to the EU approved yacht leasing structure which allows yacht owners the benefit of spreading VAT payments over a period of time whilst still being able to retain a provisional VAT certificate.  Goes without saying, such a mechanism offers peace of mind to the yacht owner sailing through European waters whilst benefiting from deferred payments.

A year ago I stated that considering the investment being made and the international situation at the time ‘Malta remains uniquely placed to strengthen its place in the maritime services industry’ and I am pleased to see that the Malta flag administration played to its strengths and reaped the rewards.  It is always extremely encouraging for us, as maritime services providers in Malta, to see that the Malta maritime flag is going from strength to strength; it makes our job of promoting the Maltese register, that much easier.  Credit should therefore be given not only to the private industry, that pulls out all the stops when promoting the Maltese shipping register but also to the Merchant Shipping Directorate (MSD), which has paid constantly more attention to the quality of service that has come to characterise the Malta maritime flag.

Latvian Naval SWATH Boats to stay with GL in class –