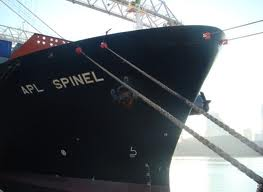 The employment of the vessel is anticipated to generate approximately US$16.7 million of revenues for the minimum agreed period of the charter.

Separately, Diana Containerships Inc. also announced today that it has completed the drawdown of an additional US$8.8 million under the previously announced revolving credit facility of up to US$100 million with The Royal Bank of Scotland plc, which may be increased to US$150 million subject to further syndication. With the drawdown announced today, Diana Containerships Inc. has completed the drawdown of a total of US$92.7 million under the above mentioned revolving credit facility.