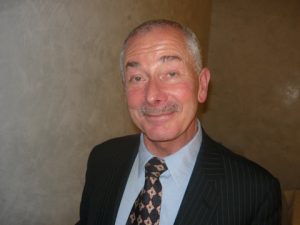 Four years after the great freight futures fever led to market chaos, important legal rulings on payment disputes are soon to be pronounced in London.

The volatility of the freight market in 2008 led to the liquidation of several traders, and in three instances the issues litigated have gone to appeal.

The arguments centre on obligations for millions of dollars under forward freight agreements, which are contracts for difference, under which the parties agreed a fixed price  in respect of future months or years for designated routes published by the Baltic Exchange.

Under this kind of bet on the future movement of the freight market, if the settlement price for the route is higher than the contract rate, the seller will pay the difference to the buyer, usually at the end of a contract month, and vice-versa. The product can be used as a hedge by parties involved in shipping freight, to protect themselves against fluctuation in freight rates, or as a means of trading in futures.

The background to recent judgments and the cases under appeal was explored thoroughly at a meeting of London Shipping Law Centre on February 29.  Host firm for the evening was Holman Fenwick Willan, which has substantial expertise in the field.

Brian Perrott, a partner at the firm, said that forward freight agreements – which could be treated as a hedging mechanism, arbitrage or pure speculation – were initially traded over the counter and now were almost all traded through the clearing system.

The Forward Freight Agreement Brokers Association – an independent association of Baltic Exchange members – developed its FFABA 2005 contract as a sophisticated market developed, and a need to mitigate credit risks. A clause incorporated, by reference, the provisions of the 1992 master agreement of the International Swaps and Derivatives Association. ISDA says that its work in developing the master agreement and other documentation, and in ensuring the enforceability of netting and collateral provisions, has helped reduce credit and legal risk.

The incorporation introduced boundaries to the obligation to make payments under the forward freight agreement contract, said Mr Perrott. A non-defaulting party was under no obligation to pay the defaulting party, “but for how long, ” was the question then. The cherry-picking of forward freight agreements (liquidators disclaiming unprofitable contracts) were issues of fairness which the market sought to resolve, and as a result the FFABA 2007 contract was born. Its most important addition was that “automatic early termination will apply to both parties.” 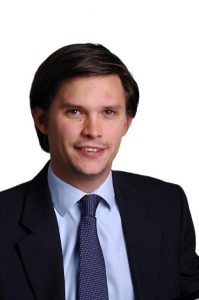 In April 2011, in response to calls for change, ISDA circulated proposed amendments to the master agreement which are being reviewed by a working committee, whose comments are due by the end of May 2012. Pressure for greater certainty had come from the UK Treasury and the Financial Services Authority. There is an attempt to clarify the time limit and amount of a net in-the-money sum that would, but for automatic early termination, be payable by the non-defaulting party to the defaulting party.

Mr Pearce outlined the issues: were the agreements whose last contract month had passed by December 2009 subject to automatic early termination; and were the sums which would, but for Pioneer’s default, have been due to be paid to that company, available for netting.

Cosco was entitled to be paid $29m, but in other agreements, Pioneer was the party ‘in the money, ’ to the tune of $23m.  Was Pioneer entitled to recover the sum, or had it lost that right because of its default? In July 2011, Mr Justice Flaux decided against Pioneer, and this was being appealed.

Jan Bagger, a director of the forward agreement broking division of Clarksons shipbrokers, provided a backgrounder to the chaotic events of 2008, when the capesize index swung from $95, 627 in January to $233, 988 in June, and $2, 316 at the end of the year. “For several weeks, we had swings of 10% in one morning, ” he said.  People could have lost several million dollars in a morning.  By October, trading had ground to a halt as credit risk was re-assessed.

Now, trades were going through clearing houses, removing the risk of counter-party default; trades were margined with a percentage paid to the clearing house by both parties; and FFABA 2007 was no longer used. A capesize time charter contract for 90 days, for instance, currently attracted an initial margin of just over $200, 000 “Risk is no longer free: the traders pay for risk every day, ” said Mr Bagger.

The Hon Mrs Justice Gloster, who has presided over proceedings arising from a series of forward freight agreements between Pioneer Freight Futures and TMT Asia, chaired the London Shipping Law Centre event.  She told the audience that the challenge arises not just from interpreting the words of the relevant terms, but understanding the commercial drivers of the underlying market, whether that market was freight futures or some other derivatives market.  Different judges had in recent times taken divergent approaches to the same problem.