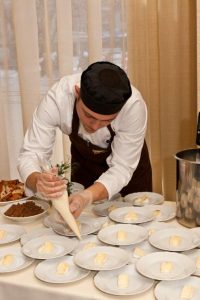 Nautical and gastronomic treats are being promised by the Baltic Sea port of Riga for visitors during 2012.

The city will in November welcome the annual International Sail Training and Tall Ships Conference, ahead of its role as one of the host ports for the Tall Ships Races 2013. Organised by Sail Training International, the conference is set for November 16 and 17 at the Radisson Blu Latvija, a 571-room hotel. The gathering is expected to include some 400 delegates representing sail training operators and participating ports, mainly from Europe but with representatives from other continents.

The city was a host port for the Tall Ships Races for the first time in 2003. Its commercial port, which is open for year-round navigation, is currently celebrating a strong performance to open 2012, for in January it handled 3.4m tonnes of cargo, the largest monthly amount for the past 10 years. The port claimed that this made it in terms of cargo turnover the largest port in the Baltic states, ahead of Klaipeda, Tallinn and Ventspils. Volumes of coal, containers and oil products, were all well up on the figures for a year earlier.

The Latvian capital is meanwhile turning itself into what the Riga Tourism Development Bureau calls “a delightfully delicious destination” in collaboration with chefs from 25 restaurants and cafés. Every month, leading chefs will offer dishes involving special local products or ingredients. 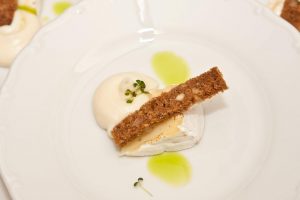 In March, these will be Latvian dairy products, in April  birch and maple sap, in May spring greens, in June  strawberries, in July new potatoes, in August forest delicacies (mushrooms and berries), in September “the Latvian range of autumnal delights, ” October will be the month of fish, and in November there will be a taste of marrow, and of Riga Black Balsam. The last-named is a spirit that originated in the city during the 18th century. It was said to be a cure for many ailments and retains a reputation for easing digestive problems and the common cold. The culmination of the project will be in December, which will be a month of “taste surprises” and “special masterpieces created by the chefs.”

Vita Jermolovièa, a board member of the tourit bureau, said: “There has long been talk in Riga about the need to create new tourism products. Without a doubt, we have a very good cultural-historical offering, but new inspirations are required. We meet all the pre-conditions required to successfully develop the culinary tourism growing throughout the world. Our focus is on working to ensure that Riga becomes widely known as the capital of Baltic gastronomy.”

Kaspars Jansons, chef at Restaurant Bergs, added: “There are going to be surprises, because new domestic products appear in our range every month, just as strawberries taste different from one summer to the next. So every chef is busy in his kitchen sampling a new flavour.”

Riga’s passenger port will be a base in July and August 2013 for the Tall Ships Race in company with Arhus, Helsinki, and Szczecin. For the 2012 races, under the promotional banner “presented by Szczecin” the host ports will be Saint-Malo, Lisbon, Cadiz, Corunna, and Dublin. The races are open to any mono-hull vessel of more than 9.14m water line length, provided that at least 50% of the crew is aged between 15 and 25 years old and that the vessel meets  the safety equipment requirements of Sail Training International.

The Tall Ships Races are planned four years in advance with the route selected to enable visits to sea areas around Europe, from the Baltic to the Mediterranean. Once Sail Training International has selected the sea area, all the relevant ports in that region are invited to bid to become a host port. Huge crowds always visit a port during the four days of the event, bringing welcome income to the port, city and local businesses; national and international media attention;, and opportunities for community involvement.

Peter Cardy, a former chief executive of the UK Maritime and Coastguard Agency, became chief executive of Sail Training International at the beginning of 2012, moving to its offices at Gosport. His first sail training experience was at the age of 15, since when he has undertaken many voyages on sail training vessels of all sizes. He sails regularly with the Jubilee Sailing Trust as Watch Leader.