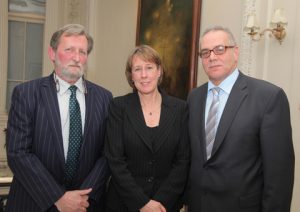 The International Parcel Tankers Association (IPTA) held a reception at the Naval Club – one of the British capital’s maritime  landmarks,  in Mayfair on Wednesday 7 March to celebrate the 25th anniversary of its founding.   As well as IPTA members, the event was attended by a wide variety of industry representatives from all over the globe and IMO delegates. 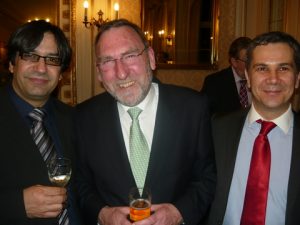 IPTA Chairman, Hugo Finlay, Managing Director of Essberger Tankers, commented in his address on the importance of recognizing the substantial investment that chemical tanker owners make in their sophisticated vessels and noted that the organisation’s aim remained the provision of sound representation for the industry and a level regulatory playing field under which IPTA members could compete in a free and open market.

In responding, the Director of the IMO’s Marine Environment Division, Mr. Stefan Micallef, referred to the significant contribution IPTA had made to deliberations at the IMO on a variety of issues, particularly in the provision of data on this highly specialised sector of the industry. 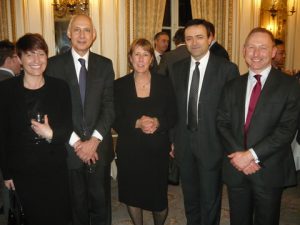 The reception marked the close of the annual Chemical and Product Tanker Conference organised in London by IPTA and Navigate Events which in its fourth year proved the most successful yet.  A very well planned conference attractd over 180 delegates drawn from all sectors of the industry gathered to hear analysis of the chemical, product and biofuel markets, get information on forthcoming regulatory developments and discuss pressing issues such as how to implement the Maritime Labour Convention and deal with the continuing threat of piracy.