The current situation on the Cruise Industry in Greece 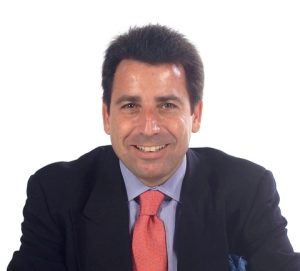 Mr. Stylianopoulos expresses his belief that the main drawback with the cruise industry in Greece is that, even though the state has acknowledged its significance in terms of incoming tourism, still has not bothered to comprehend same, react accordingly and effectively, creating confusion in what exactly needs to be regulated in order for the sector to operate seamlessly and offer the advantages other countries are already enjoying.

He also states thatGreeceis not competitive in the global cruise scene, as the competitiveness is not only a matter of pricing or quality, but also of opportunities. ForGreecethis opportunity was presented in 2010, when the turbulence in North Africa pushed a new wave of tourism towardsEurope. Sadly Greece did not have the reflex to react on time and let this opportunity be lost yet again, mainly because of the “political” time of reaction needed, which is indeed quite different that the timeframe within an opportunity can be exploited, making the country come across as stiff and not attractive business-wise.

The delay in the resolution of the Cabotage issue is, according to Mr Stylianopoulos, another grey area for the development of the cruise industry in Greece, as the law passed in 2010 is considered incomplete. “Communication wise, it was a big opportunity to show a positive image amidst the difficult financial times, but I can say that now that window of opportunity is not as open as back in 2010. The timing is without a doubt crucial for the progress in the cruise industry, but we still haven’t been able to achieve the development we should or could have and with the state being inactive we can’t really expect more”, he said.

He continued saying that: “Even if the law is passed immediately, say tomorrow, the abolition of the contract does not mean that the Cabotage will be completely raised. Not by imposing per capita contributions only on one kind of ship category and falsify every meaning of competition. The attractiveness of Athens and Piraeus is at the moment downgraded and the best policy to follow now would be that of offers and incentives. With fuel prices incrementing and pressure for fares reduction due to the recession, we are increasing furthermore the cost, in a time when the companies can’t spare even a mere cent. Let’s hope that, at least, the regional ports will benefit from this situation, as we expect a shift in the development of homeporting in regional areas in the near future. Hopefully, everything will work out fine for Rhodes and Herakleion this year.”

“At the moment the company is working on various projects in Turkey and is definitely interested in the Greek market, but we have to understand and respect the company’s philosophy. Royal Caribbean is a cruise company that mainly invests to ensure possibility of hosting for its very large cruise ships, maintain a good lever of services for its passengers and porting priority and not to compromise the presence of other cruise companies. Royal Caribbean always aims for a clean landscape, to complete its projects with the required standards, using local contractors, avoiding trouble and delays. When we will be able to secure an appropriate environment for such investments, Royal Caribbean could play a significant role in the modernization of the Greek cruise destinations, with small and medium sized projects, as well as bigger joint ventures, ” he concluded.

Santa of the sea delivers Christmas to cruise...

Capes’ volatility brings down the BDI; Geopolitical and...

The Cruise Industry and the Global Sustainable Tourism...

Capes’ “surge” in a rather grounded Dry Market...