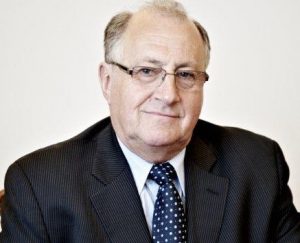 Canada is aiming to boost its volume of seaborne coal trade,   by James Brewer.

Companies exploiting resources in western Canada include Alberta Coal which is eyeing demand in the Asia/Pacific region.

Strategy is being tempered by the dismal performance of stock markets. Private company Alberta Coal has put on ice its plan to seek £30m for an initial public offering for a listing on the London Stock Exchange. The company, which says it has 777m tonnes of measured and indicated resource in the ground, plans to press on with further drilling work in the next six months. Alberta Coal’s Fox Creek property is located within reach of rail access to Canada’s west coast deepwater ports, which export thermal coal to growing economies. A statement from Alberta Coal’s parent company Natasa said: “In order to maximise the underlying value of such a substantial coal resource, the directors have decided to retain 100% ownership of the Fox Creek coal project, take it to a higher level of development and fund, out of Natasa’s existing financial reserves, additional drilling, quality/processing and marketing studies to further demonstrate the project economics.”

Alberta, which along with British Columbia leads Canadian coal output, contains an estimated 37bn tonnes of coal reserves still to be mined, according to provincial government figures. The authorities say that coal in Alberta is generally low in sulphur and burns more cleanly than many coals mined elsewhere. Leading edge technologies have the potential to allow Alberta to use its coal with near-zero, possibly even zero, atmosphere emissions. 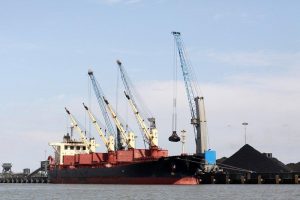 Coal mining in Alberta is dominated by large scale, diversified operators. Alberta Coal’s project at Fox Creek (215km from Edmonton) is following the mine-to-export logistic pattern being worked on by a competing company, Coalspur Mines, which is listed on the Toronto and Australia stock exchanges. Coalspur has more than 40, 500 hectares of exploration leases including its flagship Vista Coal Project which could become one of the largest export thermal coal mines in North America. Coalspur’s bankable feasibility study has defined an initial marketable reserve of over 313m tonnes, near a CN Rail main line described as substantially underutilised. Coalspur has a port allocation long-term agreement with Ridley Terminals – the Prince Rupert facility which is the most northerly deepwater port in North America and can handle capesize vessels of up to 250, 000dwt.

At Alberta Coal’s site, some 21, 400 m of drilling has previously been carried out by the Alberta Research Council, Esso, Shell Canada and alternative energy solutions company Alter NRG. Alberta Coal’s chief executive John Hogg says that the property is closer to coal export ports than the huge deposits in the Powder River Basin in Montana and Wyoming, which are targeted to domestic US supply.

Mr Hogg offered a wide-reaching insight into overseas market prospects when he addressed potential investors in London in February. The trend for increased exports of thermal coal from Canada’s west coast would be driven by demand from Asia/Pacific region for coal-fired power generation, he said, forecasting that South Korea, India and China would continue to be significant thermal coal importers – much of the Pacific supply comes from Indonesia, the world’s largest steam coal exporter.

Mr Hogg said that thermal coal prices have trended upwards over the past decade because of rising global supply costs, limited supply-side capacity expansion, and rapidly increasing demand, especially from the Asia/Pacific region.

Mr Hogg has considerable experience in coal industry development: he was president and chief executive of Western Coal where he was responsible for bringing several of its British Columbia mines into production. His other previous roles included being vice president and general manager of Westshore Terminals, which, based at Roberts Bank, British Columbia, is Canada’s leading coal export facility, and the busiest single export coal terminal in North America, shipping about 21m million tonnes a year.

Alberta Coal is chaired by Chrisilios Kyriakou who has extensive experience in developing mines from the exploration stage to financing and commissioning, in Australia, Canada, Africa and Mexico.

Some 35km from Fox Creek is a rail line linking directly to Ridley Terminals 1, 740 km away, and to Westshore Terminals, a distance of 1, 450km. An expansion programme is underway at Ridley Island Terminal.

The 14, 400 ha Fox Creek prospect area, in the plains region of central Alberta, has a contiguous deposit of surface mineable sub-bituminous coal. Subject to governmental approvals, Alberta Coal will use the money it raises to carry out sampling and testing to aid mining decisions and market identification, and prepare a pre-feasibility study for reserve estimation, an environmental impact assessment study or statement, a bankable feasibility study, and to explore for additional coal resources. Feasibility studies could be completed by March 2014.

Project development costs are likely to be around $10.2m in the year to March 2013 and $4.6m the following year.