Top Posts
G.S.C.C. Annual Report 2021-2022
MarISOT – Hand tracking
The 50 Inspiring Champions of the Blue MBA...
Looking to reduce ship drag?
What do we have in common?
Grenadiers come face to face as one of...
IMCA signs MOU with Business Network Offshore Wind
Security in B2B commerce: Dangers of Ransomware and...
Look ahead to FTSE 350, other companies reporting...
Skuld targets growth in Japan with Tokyo office
Market report: Foreboding grips financial markets and house...
The Signal Group launches a tech enabled bunker...
KR representative elected Chair of IACS Hull Panel
Home Featured The Admiralty Claimant after The Indian Grace No2 Ruling

The Admiralty Claimant after The Indian Grace No2 Ruling 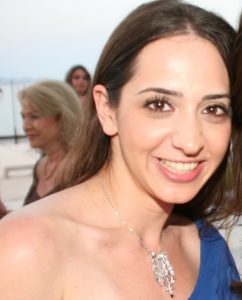 The decision of the House of Lords in The Indian Grace No2 in 1998 has brought some changes which may have drastically affected some features of the action in rem, if the decision is given a wide interpretation. It was held that the action in rem is against the owners of the ship from the moment of the service of the writ (now claim form); Laia Politou* writes:

Many difficulties flow from the decision of the House of Lords in The Indian Grace No2. In particular, the characterisation of the action in rem simply as a device to compel the appearance of the owner fails to explain several features of the Admiralty jurisdiction, including the place of the maritime lien and the access of the claimant to the ship to enforce it whoever owns the ship, as well as the capacity of the action in rem to continue against the lien owner if a sale occurred after the commencement of the action.

Moreover, further issues arise in relation to the historic separateness of the judgment on the action in rem and in personam, the restriction of the claimant’s rights to the value of the res and the coming in by others to defend their interests either in the ship itself or to the sharing in the fund by other claimants interested in the ship. Lord Steyn’s remarks about the nature of the Admiralty action in rem caused frustration amongst maritime lawyers. The Indian Grace No2 has subsequently been distinguished in New Zealand in the case of Raukura Moana Fisheries Ltd as well as in Singapore in the case of Kuo Fen Ching. Similarly, it has been rejected by the Full Court of the Federal Court of Australia in Comandate Marine.

Despite the fact that these cases do not constitute binding precedent for the English Courts, it is worth exploring some features relevant to the ruling in The Indian Grace. The clear effect of The Indian Grace is that the person who has obtained a foreign judgment in his favour will be barred from re-litigating the same cause of action afresh through in rem proceedings, unless the judgment is not enforceable or entitled to be recognised in England and Wales. However, the ratio decidendi of the case suggests that the judgement in The Indian Grace has a limited application.

Lord Steyn in the obiter of the case, poses the following question: is personification still a necessary or useful theory? In an attempt to approach this question, it has to be noted that the Admiralty jurisdiction remains useful in a strictly procedural sense by allowing the plaintiff to bring its claim on the basis of the mere presence of the ship within the jurisdiction. This has undeniable utility in a situation where the vessel is in foreign ownership or is about to depart the jurisdiction. This is equally true in respect of the second procedural purpose of the action in rem, to provide security for the Admiralty claimant.

Seizing a vessel and holding it as security for the Admiralty claims against its owner can be justified without recourse to the proposal that it is the ship that is actually the defendant. However, the maintenance of the personification theory has a number of potentially negative consequences. It encourages plaintiffs to engage in opportunistic jurisdiction choice and to manipulate the conflicts between the general and Admiralty jurisdictions, particularly in areas where the parallel regimes have different or contradictory policies. In addition, the personification theory provides a vehicle for defendant shipowners to limit their liability to the value of the relevant ship.

By adopting the corporate form, shipowners already have full access to the privilege of limitation of liability under general company law. An additional layer of limitation of liability available only to one particular marine asset may provide a perverse incentive for shipping companies to gear their corporate structures artificially around the personification theory and the sister-ship rule, rather than the commercial realities of their business operations, in order to avoid liability. Admiralty plaintiffs prior to The Indian Grace had the opportunity of proceeding with an action in rem and, if that did not succeed, having a second chance in an in personam action or vice versa.

Lord Steyn’s approach simply requires Admiralty plaintiffs to make their election in advance and stick to it; a discipline that is imposed on any other civil plaintiff. Lord Steyn’s demolition of the personification theory creates the grounds for significant theoretical implications for the Admiralty jurisdiction. It would seem to finally lay to rest the concept of an ‘offending’ vessel, thereby providing a cleaner justification for sister, surrogate or associated ship arrests. It may also furnish a clearer rationale for multiple ship arrests to provide security for the full amount of the claim which is now permitted under Art 5(2) of the 1999 Arrest Convention.

In sum, it is submitted that the ground-breaking decision in The Indian Grace can be engaged constructively, treating it as an important opportunity to debate the future development of the Admiralty jurisdiction.

*Aglaia Politou is a shipping lawyer and a scholar of The City Law School of City University London for the LL.M in Maritime Law. She read law in London and France and she specialised in Private International Law at The Hague Academy of International Law in The Netherlands. Miss Politou has worked for international and European institutions of high prestige in Brussels, Strasbourg and Athens and she is an active member of the Founding and Steering Committee of the Young Maritime Professionals of the London Shipping Law Centre. She is a native Greek speaker while she is fluent in English, French, Russian and Ukrainian.

How the European Stability Mechanism can help Italy,...