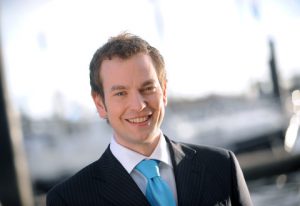 GL Renewables Certification has already increased the number of wind energy experts working for it around the world, in order to enhance its support for the designers, manufacturers, and developers of renewable energy projects. This expansion also allows GL RC to work more closely with industry committees and stakeholders to better address their activities and requirements in the United States and Canada, China and India.

“GL Renewables Certification works on certification projects across the broad and varied landscape of the renewable energy industry worldwide. With Mr. Pollicino as Head of International Operations, we will be able to further strengthen our presence in these varied markets and provide even better services to our customers for all the different renewable energy projects they are involved in, especially in the field of offshore and marine renewables, “ says Andreas Schröter, Managing Director of GL Renewables Certification.

Fabio Pollicino joined GL Renewables Certification in 2002 as a computational analyses engineer and became an expert for wind turbine machinery components. He later became a project manager for international customers and was also actively involved in national (VDI 2230) and international committees (IEC 61400-2).

Most recently Mr Pollicino held the position of Head of Group Computer Aided Engineering within GLRC’s department of Machinery Components and Electrical Engineering. He also acted as business development manager for small wind turbines (SWT), where he reestablished the certification of SWT at GL RC after a standstill of approximately 15 years. The German-Italian holds degrees in civil engineering and management/industrial engineering.