okyo – ClassNK announced today that it had issued an approval for a friction stir welding (FSW) method using a floating bobbin tool to IHI Corporation. The approval certifies that this new method complies with ClassNK’s Guidelines on Friction Stir Welding.

IHI is considering applying this welding method to the aluminum sections of LNG carriers and/or FLNGs cargo tanks such as the IHI-SPB tank*, which had been independently developed by IHI group at its Aichi Works. FSW is currently becoming a popular method used in the fields of railcar, automobile and airplane construction, thanks to its superiority to arc welding in a number of aspects. Key advantages of FSW are that it does not produce arc and fume at the time of welding and provides relative control over welding deformation. Its application is now limited to low melting point materials such as aluminum alloy or magnesium alloy because of the friction heat generated in the welding process. However, it is expected to be widely used in shipbuilding in relation to the construction of aluminum alloy structures.

Furthermore, this welding method is equipped with a solution to one of the common defects in FSW. Generally, a rod-like tool with a projection called a “pin” is used in FSW, but it can result in a lack-of-penetration defect called a “kissing bond”, which occasionally occurs on the underside of the contacting surfaces depending on welding conditions. This welding method, however, provides a solution to this problem with a special tool called floating bobbin. This tool is expected to effectively avoid the occurrence of kissing bonds by enabling double-sided welding.

As the demand for new technologies such as the above increase in the near future, ClassNK will be proactive in supporting their development and practical use as a third-party certifying body dedicated to ensuring the safety of life and property at sea.

* The IHI-SPB tank is a self-supporting and prismatic-shape tank built in under the deck, which had been developed by IHI group. In contrast to the other tank type, its unique features are such that; it prevents sloshing due to weather conditions such as strong wind; it enables transport with the tank partially filled; and it is more robust in the event of a collision. 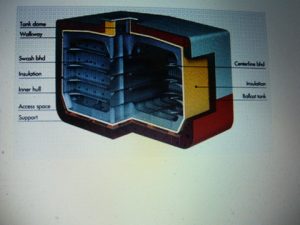 Surge in shipping students proves robustness of the sector

The London Chiot’s Dinner and Dance