The London Chiot’s Dinner and Dance 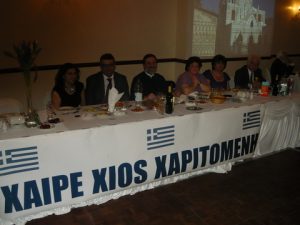 The top table; on an l to r: Maria and Costas Frangeskides, the Arch-presbyter and Mrs. Anastassios Tsalapatas, the President Anna Dontas-Frangeskides and Christos Frangeskides

The fatherland of the world’s leaders in the shipping industry and beyond annual dinner and dance was celebrated last Saturday in exceptional style, but in modesty too, at the Penridge Banqueting Hall in North London.

Thanks to the organisational skills of the President Mrs.Anna Frangeskides, nee Dontas, from Fyta, North Chios and her team, greatly supported by her family, over two hundred members and guests contributed to this charity event to raise money for the Chiots in need on this Greek Aegean Island, as well as to places of multiple public interest of the chian people, such as Hospitals, Schools, Nurseries, Libraries, and Places of Worship, particularly in remote villages and small-fish-ports! Remind you that three years ago – announced at the third dinner, over £8, 000 were raised in aid of St. Parasceve Church at Fyta. 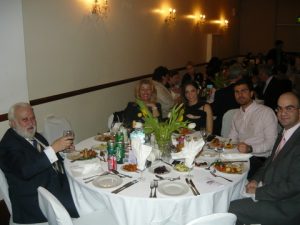 The event …coincided with Greece’s National Day, the 25th of March and there was a special mentioning by Arch-Presbyter Anastassios Tsalapatas who blessed the Dinner, from the St. Panteleimon & St. Parasceve church in the District of Harrow – what another coincidence, given that Panteleimon and Parasceve are indeed very Chian names!

Amongst other things, Chios become well known worldwide from Pistacia lentiscus L. var Chia – what is known in plain speaking  as the mastic, and during the Ottoman occupation of the island 1566 to 1912, the Chiots enjoyed special privileges from the Grand Porte. Then of course it was the Masters of the Seven Seas which until today govern the international shipping industry, bringing the share of the Chiots shipowners to seven per cent of the world fleet, an achievement of reality and not a myth! Moreover it was the trade of hesperides which made the Chiots exporters and merchants well known from the entire Mediterranean and the Black Sea over to the Far Eastern port of Vladivostok and the Japan Islands, to mention just a couple of well-known long distance places. By the way, packing of theses hesperides was second to none! Next time you are in Chios, its worth visiting the Citrus Museum and Farm at the famous Cambos district, where the famous Chiot-Geneovesse family mansions exist, and see the support given lately to this museum by the John S. Fafalios Foundation, as well as the guides’ tour to understand the success of Chiots -then you can see how and why Chios marvel worldwide! 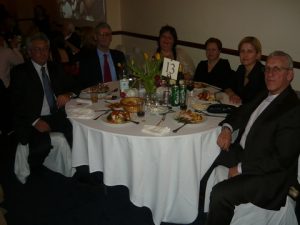 Homer wouldn’t have been born  and we claimed him too as a Chiot!  Homer stone at Vrontados speaks for the great writer whose Iliad and Odyssey still govern the world, the modern world in matters such as War, Geopolitics and Uprisings, pragmatic Democracy, Ethical Habits, Honesty and Marriage, Liberation, but also Shipbuilding, Trade, Culture; the lot. Those who read the classics can see why… We sincere hope that the Association will continue to expand as did its industrious inhabitants/ancestors for ten millenia.

Many interesting and valuable raffles prizes were won including air flights to Greece and Chios, food and wine evenings in unique restaurants,  as well as beauty, parlour and health mastic products. The ulcer of the helicobactyrid cure can be done by the substance of mastic-powder too! 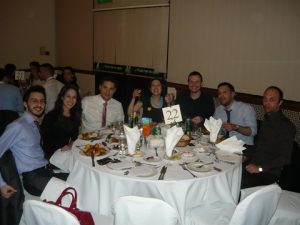 Costas Frangeskides, the president’s son and partner at the international law firm Holman, Fenwick and Willan, in his short speech mentioned that guests and friends of the association come from as far as the United States of America, Greece and Cyprus. The Cypriots were one of the largest…contingencies, and worth mentioning the support of the Cypriots during World War II, when many Chiots nestled in Cyprus, hence their special relationship! He also urged all to offer generously for the charity fundraising, as well as thanking all sponsors and supporters!

John Faraclas spoke too on the importance of the island in the world economy, its success throughout ten millennia of its documented history; he invited all present and their friends to visit Greece and in particular Chios supporting the Greeks in these difficult times that successive greek regimes have “managed” to bring them and conversely destroy them, he condemned the under duress austerity measures of the EU, and the IMF, “sealed” by a vote of Greek parliamentarians branding same as a lie,  a farce*, instead of bringing the traitors and their international accomplices to justice! He urged all to purchase the unique Chian beauty and hygiene products based from mastic – from toothpaste to beauty rejuvenating creams and substances – one can see where Korres bases most of his products 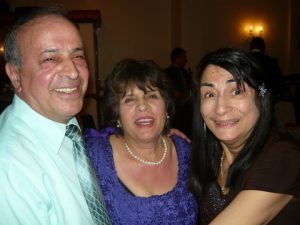 The president Mrs. Anna Dontas-Frangeskides flanked by her borther Nicholas and his wife Androula Dontas

The excellent music and in particular singer Lefteris with his clarinet from America, Michael and Chiot Pantelis brought everybody on the floor dancing until the early hours of Sunday.

Home-made style catering, sweets and divine wine made the evening memorable. Last but not least, many from the shipping, legal, shipbroking fraternity from the Square-mile comprised the biggest group.

See you next year, hopefully in a Central-London venue!

* “For the great enemy of the truth is often not the lie – deliberate contrived, and dishonest – but the myth – persistent, persuasive, and unrealistic. Too often we hold fast to clichés of our forebears. We subject all facts to a prefabricated set of interpretations. We enjoy the comfort of opinions without the discomfort of thought”(The late American President John F. Kennedy).

So it’s true what they say about Chiots then.