In defence of Seafaring – 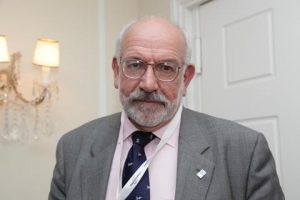 In defence of Seafaring – by John Faraclas.

Time and again I have stressed the importance of freedom and in particular, freedom to do business and more specifically freedom of employment – and its consequences if things go wrong… and worse, when people become victims of a scam!  In this respect I have based many of my articles on pragmatic and non-dogmatic issues, vis-à-vis the seafarer’s profession and their rights. I guess coming from a shipping, as well as from a seafaring family, this gives me the “right” to defend both!

The latest  political rumpus and austerity measures in Greece as a result of the mismanagement of politicians, who one way or another embezzled everything going, adding among other issues  the reduction of pensions and other despicable measures, doesn’t come as a surprise to me, and  I have foreseen much of this in my writings. Remember that Transparency International earlier this year officially condemned the fact that Greece fiddled Euro 210 billion over the period 2000- 2010;  a scale way beyond the capability of any ‘middle-man in the street’!

At the time of Greece’s so-called liberal-conservative New Democracy government 2004-2009, during a drinks reception at the Lancaster Gate Hotel, I asked the then Minister of Mercantile Marine Mr. Voulgarakis, if rumours about cutting pensions were true or false, as my ailing mother and many other widows and many male pensioners in the Seaman’s Pension Fund (NAT) where deeply uneasy about the prospect.

His reply was: “Rest assured that your mother’s pension will not be reduced, nor will the Christmas or other bonuses be reduced or eliminated, in particular the benefits for the over-aged ”.

Later the “Socialist” clan – led by yet another Papandreou took office, and despite its pre-election promises and other statements, particularly in regard to the proud senior -citizens,  it brought down the entire Greek society and traumatised its youngsters and elders to a point, hope I am wrong, of no-return. I am not even touching upon that government’s pathetic “negotiating” skills with the EU and IMF… which brought shame to our generation and to a proud nation!

Now then, do please take account of the following:

a) The seafarers’ pension is based on the actual working time of service on board and not as in all other professions, including airborne ones, calculated on a calendar basis. In other words, if you have five years of work as an office clerk, you have five years counting towards your pension; at the same time if you are a seafarer you have five years minus 15 months.  – This calculation is based on the assumption that seafarers work on board ships for nine consecutive months. Imagine that to “produce” 35 years of work at sea to count towards your pension you would need at least 45 to 50 years of service. Is that employment and pension justice? Is that humane?

b) Because of the structure of Greek society, there is a scarcity of seafarers in general, and lately a scarcity of officers to “man” – please forgive the expression, my WISTA friends, the Greek ships. I sincerely hope that the efforts of the current president of the Union of Greek  Shipowners,   in “tandem”  – if we can even use this “in tandem situ” expression – with the Greek state, the respective ministry and unions (yes the unions bear a grave responsibility too) over the maritime education and training issue, turn into a long term success! Under the present circumstances, who would become a seafarer given the Greek state’s treatment of the pensioners?  Did I hear you say old seafarers’ pensioner’s rights?

c) It is about time the shipowners all together, repeat all together, understand this current situation and come to their senses, as the majority of their wealth comes from their parents who were mostly deck or engine officers – masters or chief engineers –  sea-going people – and give due respect to this  issue and support the pensioners’ case. I urge them to intervene and press the leaders of the Greek state and the European Union to rectify this pensions injustice. After all, it was the Greek state which for many years – remember the 50’s, ‘60’s and ‘70’s, was inviting both the shipowners and the seafarers to bring in valuable currency to support the balance of payments, and support the Greek state after the devastation ofWorld War II and the succeeding Greek Civil War! There was pride among everybody, now what? Is this a just way to treat people?

d) Mistreatment of and unfairly penalising seafarer-pensioners will lead to an uprising and whatever this entails.  It will lead to a business uprising. The cost of medical treatment, shortages of medicine and other issues are boiling up – the latest events outside the Seaman’s House (responsible for medical care of seafarers) and other manifestations will one day take on explosive dimensions with incalculable repercussions.

e) Mockery – the “power of mockery” must  become a formidable factor, ridiculing all those involved in this crime against humanity. Indeed this is a crime against humanity! Does it seem that the old people cannot take to the streets? You are wrong if you think so; they have children and grand-children who are conscious of what is going on, and they form the majority of the Greek islands’ population and a great number dwell along the coastline of Greece! If it wasn’t for the shipowners’ contribution, as well as that of the seafarers, many areas in the past and today would have dried-out economically. Now death, blessed by the current government and its accomplices is ante portas! I mentioned mockery; indeed the way of the Greek Tragedies is the means to alleviate this situation! Name and shame is the only game in town left to prosecute this issue.

We all know, but few recognise that shipping, shipowning in essence, is attainment of money and seafarers. There is no way to be successful if one of these two equal elements/partners are missing, one or the other; they are interwoven!

Back in summer 2008 in my interview in Mare et Terra magazine, I warned, inter alia, of what is to come, not only with respect to the market crash, but specifically mentioning the treatment by successive Greek administrations of seafarer pensioners, with the tax hustling Sword of Damocles above their heads..

My experiences in the then Ministry of Shipping Affairs, Islands and Fisheries as an aide (still unpaid) convinced me the situation was appalling.  Having being involved with these issues, makes me send this warning and it’s about time that the Greek and European Ombudsmen (if they really exist) act urgently, and come to their senses before they come down to their knees! Remember the tag: “Nemesis strikes.”  The IMO named 2010 as the Year of the Seafarer. It is high time, under the present circumstances in Greece and elsewhere, to intervene and defend the seafarers! Remember that the stated aim of the Year of the Seafarer was: “…to give IMO and the international maritime community the opportunity to pay tribute to the world’s seafarers for their unique contribution to society and in recognition of the risks they shoulder in the execution of their duties in an often hostile environment. In proposing it, (the then) Secretary-General Mitropoulos said that ‘the unique hazards confronting the 1.5 million seafarers of the world – including pirate attacks, unwarranted detention and abandonment – coupled with the predicted looming shortage of ships’ officers, make it ever more incumbent to take immediate and effective action to forestall a situation from developing in which ships are not manned with sufficient skilled personnel”. Among these 1, 5 million seafarers are the Greeks; what they are facing is in no way a tribute offered by the Greek and European politicians….

ITF too has and must play its role and I am sure that its Secretary-general David Cockroft will do his duty. Intercargo, Intertanko, ILO, BIMCO, the International Union of Masters, the International Missions to Seafarers, WISTA International, and all organisations should vigorously defend the Greek seafarers.

We welcome your comments in full, as well as your support to save the situation before it’s too late. The first to fall will be the politicians.