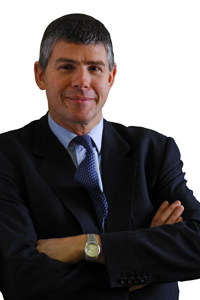 Holman Fenwick Willan continues to boost its partnership ranks, with the announcement of three internal promotions across core sectors of focus, including aviation, insurance and logistics.

The announcement highlights the firm’s commitment to expansion in support of its positioning as leader in the market for international commerce. The promotions are effective from 1 April 2012.

The firm’s Dubai office is boosted with the promotion of Sam Wakerley, specialising in shipping, trade and insurance (marine and non-marine), while in London, Edward Spencer, an aviation insurance specialist, and Justin Reynolds, who focuses on logistics and multimodal transport, are welcomed to the partnership.

The announcement comes as part of the firm’s continued investment across its core sectors of focus on an international basis, having over the last year also announced a number of lateral hires to the partnership, including the recruitment of the former BLG aviation team (Edward Spencer joined with this team), and two new office openings: São Paulo and Perth, Australia. Such investment is in direct response to client needs across the globe, and reflects entirely the firm’s long-term objectives.

Richard Crump, HFW’s senior partner said: “We are delighted to welcome these high calibre individuals, with the range of skills they bring, to the partnership. As we continue our strategy of growth in our core sectors, their promotion complements the recent developments we have made through lateral hires and office openings.”

I hope you have a good day

We are honored to tell you that we are an Saudi –Egyptian Institution. Our head office located in Alexandria-Egypt and the branch office located in Jedda (Saudi Arabia ) and we aim to help the Arab investors and importers to get the development for their projects

I have 40 years experience in marketing and I am specialists in marketing in all Arab countries and of course we use e-marketing, telephone, fax and all kinds of marketing .

If I have not chance to be your agent, can I sent send to your Excellency the feasibility studies which with me now as an agent for the Arab customers