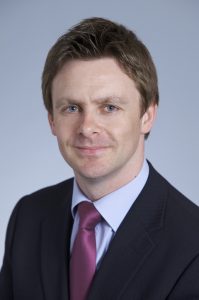 Proposed legal reforms that allow for unlimited damages to compensate for delayed claims payments would inevitably drive up legal costs and raise insurance premiums, the International Underwriting Association has warned.

Responding to the Law Commission’s review of insurance contract law, the association argued against making insurers liable to pay damages for any losses resulting from late settlement of claims.

Such a move could also encourage clients to incorrectly believe that any possible compensation payments could serve as a replacement for business interruption cover.

There are already extensive rules and compensation schemes in place to deal with cases where claims settlement is unreasonably delayed. These include various Financial Services Authority regulations, recourse to the Financial Ombudsmen Service and industry led initiatives. The IUA believes such arrangements effectively limit the number of unnecessary delays and deal fairly with extreme cases.

If a statutory recourse is felt to be necessary, then any such system would do well to follow the example of Australia. There, instead of an actual amount of damages, insurers may be obliged to pay interest from the date on which a claim should reasonably have been paid. The rate of interest may be prescribed by regulation and should reflect commercial rates.

Chris Jones, the IUA’s Director of Market Services, said: “Insurers do strive to handle and settle all claims promptly and fairly. Effective handling of claims saves companies, and ultimately customers, both time and money and reflects strongly on the industry’s reputation.

“However, some claims can be extremely complex, especially those relating to liability risks. It is imperative that insurers have sufficient time to make proper assessments and are not dissuaded from thorough investigations by fear of late payment penalties and speculative litigation from claimant lawyers.

“Any reforms that serve to restrict such diligent review could result in an even greater growth of insurance fraud and rising costs for honest policyholders.”

The IUA has been heavily involved in the review of insurance contract law, participating in a number of meetings organised by the Law Commission and commenting on previous discussion papers covering issues such as non-disclosure and misrepresentation, insurable interest, micro-business and premium payment under the 1906 Marine Act.