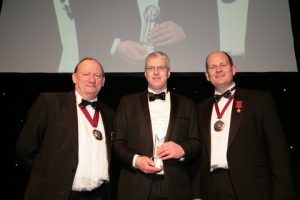 It challenges more than three decades of traditional pipeline drilling practice and saves a considerable amount of time and resources by removing the need to dig large holes in the ground to secure drilling equipment onto gas pipelines.

The System uses specially-designed beams, which allow operatives to undertake a wide range of drilling tasks without having to enter the excavation they are working on. It was specifically recognised by the Pipeline Industries Guild for the role that it plays in improving the safety of working practices, reducing the environmental impact of pipeline drilling, delivering significant cost savings to operators and reducing road traffic disruption.

Commenting on the Beam Drilling System, GL Noble Denton senior scientist and engineer, Dave Gregory said: “One of the key factors in the project’s success was the way in which GL Noble Denton, National Grid and ALH Systems worked together as a team to produce a piece of technology that will be of great benefit to the gas industry. It’s very satisfying to see the equipment being used on a daily basis and knowing that it significantly reduces environmental impact and operational costs.”

The Pipeline Industries Guild Utilities Award is the second accolade GL Noble Denton, National Grid and ALH Systems have won jointly for the Beam Drilling System. In May 2011, industry trade association (SBGI) and the Institute of Gas Engineers and Managers (IGEM) awarded the Beam Drilling System their Innovation of the Year award at the UK Gas Industry Awards in London.

Lilaas sets the controls for Asia