The price of a life… 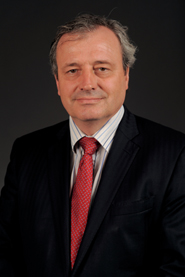 Somalian piracy: the price of a life. By Rhys Clift*

The news of the release of Judith Tebbutt has brought the subject of the payment of ransoms back to the front pages of British newspapers. None would begrudge Judith Tebbutt or her family the joy and relief of her release.

And yet one sees again that payment of ransom is, in some cases, heavily criticised. Many subscribe it seems to Kipling’s adage: that if once you pay Danegeld, you never get rid of the Dane (or in this case pirate). The poem makes a good read to Victorian eyes, but it is (fatally) flawed.

In this many issues are conflated and confused; it is said that the British Government should never negotiate with and not pay ransoms to terrorists; and that may well be right and proper. But three points: frequently the negotiations are nothing to do with the British Government, but rather are conducted carefully and confidentially by companies who own and operate ships and whose personnel and property are at risk; secondly ransoms are being paid to criminals (however repugnant) not terrorists; thirdly that the payment of ransom for the safe return of crew, vessels and cargo is legal as a matter of English law and not contrary to public policy.

In the last four or five years we have seen an astonishing resurgence of piracy, initially off the horn of Africa and later widely into the Indian Ocean, The Arabian Sea, the Gulf of Hormuz (one of the world’s most important waterways, for obvious reasons) and the Red Sea. But this does not mark the resurgence of modern piracy. As long ago as 1983 the Government of Sweden had lobbied the Maritime Security Committee of IMO to take due account of the fact that piracy, thought to be virtually eradicated at the end of the 19th Century, was becoming a serious concern, and seeking concerted action.

Piracy off Somalia is admittedly different in scale and in character, in particular in the hijacking of crews, vessels and cargoes in exchange for ransom; rather than the attacking of vessels in waterways, ports and harbours, harming and kidnapping people, stealing goods and sometimes cargoes. It is this characteristic change (coupled with the scale of the losses) which is the driving logic behind the transfer of piracy (with barratry and violent theft) from hull to war policies, where it now sits more coherently with the perils of man rather than the perils of nature. Further we have all seen the duration of detentions and the scale of ransoms increase; this much is in the public domain. However, while the problem is still there, it is arguably less acute. The naval involvement of multiple states, the operation of convoys in the Internationally Recognised Transit Corridor and the progressively widespread adoption and refinement of Best Management Practice (edition 4 August 2011) have each done their bit to reduce the success and perhaps the incidence of attack by pirates (for example by vessel hardening and piracy preparedness procedures). This much seems to be borne out by information on takings since last August. There also appears to be an emerging (though by no means uniform) consensus that certain vessels (depending on a security assessment) going through the Area of Enhanced Risk should engage armed guards, either private guards or the military of flag states (such as the Netherlands and Italy who have both passed laws permitting the use of their military, though obviously at a cost). No vessel equipped with armed guards has been taken, it is said; a fairly compelling statistic.

But some vessels will still be taken. The navies simply cannot police the entire AER. What then of vessels that are taken, and most particularly their officers and crew? How should they be recovered? There does seem to be some evidence that military interdiction is effective, perhaps highly effective during attack by pirates, especially when crew are all safely ensconced in a safe muster point or “citadel” (Samho Jewelry, Montecristo). But there are many vessels detained off Somalia, anchored in Somali waters. Some have been held there for well over a year; indeed for more than two years (Shiuh Fu No.1, Orna, Albedo and Iceberg respectively detained between about 450 and 730 days). And the crew of one vessel, the Leopard, have been detained for nearly 400 days, albeit their vessel has been released or recovered. No one appears to be seriously suggesting that these detained vessels, effectively secured by pirates, should be routinely recovered by military assault. Whilst there may be some spectacular successes to identify, especially on land (for example the NGOs recently recovered by navy SEALs in Somalia), the reality is that military assault costs lives and might cost many lives indeed; not only those of the hijackers, but also of their innocent victims. The special services of certain nations have demonstrated the courage and willingness to engage in such security assaults. But the catalogue of casualties is there to see.

Working Group 5 (of the Contact Group for Piracy off Coast of Somalia) is currently working on plans, with relevant authorities and state representatives, with some consultation with industry bodies, to coordinate action to identify, interrupt and perhaps recover “illicit funds” (the proceeds of ransom); the target is, but not uniquely, to identify and convict those who mastermind and finance piracy, not particularly their “foot soldiers” (though they should certainly not feel exempt; they are under the gimlet eye of campaigning prosecutors who are rightly intent on bringing them to book). The prosecution of criminals is a laudable objective; though one could ask how this meets with the practice hitherto to “capture and release” pirates. It is a short (though by no means an easy) step from tracking the “illicit funds” to prohibiting the payment of ransom. The “initiative” most recently announced by the British Government with this expressed aim is out of step with a broad international consensus, most especially in the maritime industry. Realistically there is no real, safe alternative to the payment of ransom and indeed such payments have been made for decades and will no doubt continue to be made in a whole variety of circumstances around the globe, in places wholly unrelated to maritime piracy (as anyone with familiarity with certain locations in West Africa will know). Is maritime piracy to be the exception? And if so why?

The Indian Ocean is a vital highway for goods. Somewhere between 25, 000 and 30, 000 transits a year go east and west through those waters. It is essential that it remains open. In order that it should vessels must be willing to go through and crews must be willing to serve on board such vessels. Arguably the risk for crew has somewhat diminished, for the reasons given. But at present such crew, owners and operators do so in the knowledge that the statistical chance of hijacking is low, very low if there are armed guards. But if they are very unfortunate and detained by pirates then they have the confidence that their release will be secured ultimately by the payment of ransom; that there are individuals with the skill and knowledge to extract them safely, monies are available and insurance coverage is in place.

It is said that somewhere in the region of 2, 700 seafarers have thus far been detained by pirates off Somalia or in the Indian Ocean or elsewhere in the AER, about 70 % of who, it is also said, have chosen never to go back to sea (with the loss of their livelihood and impact on their families). One would think that, if this figure is correct, the percentage of those willing to go back to sea will decline as the average duration of detention lengthens and the risk of physical abuse increases. This is in some senses a major the hidden cost of piracy; and many in the industry are utterly baffled that the appalling plight of seafarers on the one hand is relatively invisible in the Press in contrast say to the plight of the Chilean miners trapped under ground, which featured daily at the top of news bulletins until their release. Contrast their experience with the seafarers: they were not held in terrorem for months, in fear for their lives, their families were not to suffer the psychological ordeal of wondering if their father, their husband or brother would be killed or injured on whim.

Who then would wish to go to sea if ransom for detainment at sea were, uniquely, to be prohibited, or if owners or operators were to be threatened with prosecution for payment of ransom? Few, one imagines. And if they did, one can imagine the consequences.

For further information viewers can email the author at Rhys.Clift@hilldickinson.com

Lilaas sets the controls for Asia