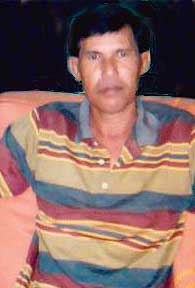 The ITF has called on a terminal operator in Malaysia to reinstate a worker who was sacked after he took part in a week of action. Megat Zamri, president of the West Ports Staff Union, which was set up to represent workers at Westports in Klang, was dismissed earlier this year following his participation in the ITF’s south east Asia flag of convenience week of action from 9-13 January.

Six other union office bearers including the secretary, treasurer and four committee members were also dismissed, reportedly as a result of their union activities. In a letter to Tan Sri G Gnanalingam, Westport’s executive chairman, dated 27 March, ITF general secretary David Cockroft responded to the company’s allegation that Megat Zamri had been in breach of the International Ship and Port Facility Security (ISPS) code.

He said: “the dismissal of Megat Zamri, union president, from employment is only the latest action of the Westports management, where reasons of breach of security and misconduct have been used as an excuse to keep union activists out of the workplace. The ISPS is there to provide security in the ports. It is not an instrument that should be used to victimise employees.” Zamri, he explained, was a bona fide employee of Westport with a valid port entry pass who had taken leave from work to participate in the action week. He called on the company to reinstate Megat Zamri, as well as the other six union office bearers, and said that ITF port unions across the world stood ready to support the West Port Staff Union unless a negotiated settlement was achieved.

Titanic wreckage to be protected under UNESCO underwater heritage convention