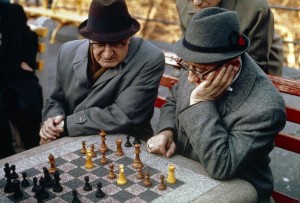 “I urge governments, civil society and the private sector to commit attention and resources to ensuring that people everywhere have the chance to grow older in good health, ” said Secretary-General Ban Ki-moon in his message to mark World Health Day, which is observed annually on 7 April. The Day is observed on 7 April to mark the anniversary of the founding of the World Health Organization (WHO) and each year a theme is selected that highlights a priority area of concern for the UN’s health agency.

This year’s theme, Good health adds life to years , focuses on promoting good health throughout individuals’ lives to improve their chances of remaining health and productive in later years. According to WHO, in the middle of the last century there were 14 million people in the world aged 80 years or older. However, by 2050, there will be almost 400 million people in this age group – with 100 million of them in China alone. Within the next five years, for the first time in history, the population of people aged 65 and older will outnumber children under the age of five.

In his message, Mr. Ban said that an increase in worldwide longevity is putting pressure on countries’ health services. “Older people make many valuable contributions to society – as family members, as active participants in the workforce, and as volunteers within communities. The wisdom they have gained throughout their lives makes them a unique resource for society, ” he said. “But more older people also means an increased demand on healthcare and social security systems.”

The UN chief noted that the greatest health threat for older people in all countries is now overwhelmingly from non-communicable diseases, with heart disease and strokes the biggest killers, and visual impairment and dementia the biggest causes of disability. He underlined that in low-income countries in particular, the incidence of non-communicable diseases is two to three times greater than in high-income countries.

“This burden is carried not just by older people, but by their families and by society as a whole, ” Mr. Ban said, adding that it is essential for these countries to count with the infrastructure and resources to deal with existing needs, and cope with the much greater demands expected in the future. Earlier this week, WHO’s Director-General, Margaret Chan, emphasized that measures to improve the quality of life of ageing populations need not be expensive, and encouraged governments to implement affordable and practical policies that can significantly help their citizens grow old in a healthy manner.

“We must not let money or lack of access to care decide who stays fit and who gets frail too soon, ” Ms. Chan said in a roundtable discussion on the theme of the Day in Geneva, Switzerland, on Wednesday.

“Simple interventions can have a huge impact. For example, hypertension control, using extremely affordable medicines, contributes greatly to increased longevity yet only around 10 per cent of older people in the developing world benefit from this treatment, ” she said.

“Regular moderate physical activity has a rejuvenating effect, working to turn back the clock. Ancient Chinese Tai Chi exercises can restore balance in older people and help prevent falls.” Ms. Chan underscored that the incidence of non-communicable diseases in older people require a shift in focus from providing care for a single disease to providing good health in the face of multiple diseases.

To mark World Health Day, the UN Relief and Works Agency for Palestine Refugees in the Near East (UNRWA) is carrying out a series of events in Gaza, Jordan, Lebanon, Syria and the West Bank, highlighting the plight of ageing populations, which include medical activities such as blood screenings, but also theatrical performances on the theme of active ageing. “In 2004, around 420, 000 refugees registered with UNRWA were older than 60, ” said the Director of UNRWA’s health programme, Akihiro Seita. “In 2011, the number increased to around 630, 000, which is 12 per cent of the entire refugee population.”

Note: We wonder what the Secretary-general has to say about Greece’s appalling situation following the unethical and inhumane austerity measures “imposed” by the EU and IMF with the elderly Greek citizens’ sufferings!