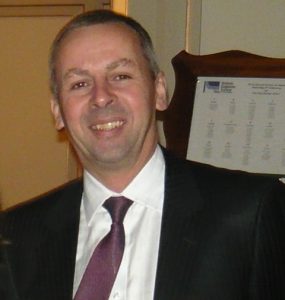 The Government will launch its first marine industries showcase at the Department for Business, Innovation and Skills (BIS) today to highlight the industry’s multi-billion pound contribution to the UK economy.

Business Minister Mark Prisk will tour the showcase, meet with business leaders and see for himself some of the latest examples of modern marine technology, innovation and design.

The Minister, who is also co-Chair of the Marine Industries Leadership Council, which provides a focal point for discussions between Government and the broad marine manufacturing industries, said:

“Worth approximately £10 billion a year to the UK economy and employing over 90, 000 people, the marine industries sector makes an important contribution to UK PLC. Taking the maritime sector into account too, which includes shipping, ports and business services, that figure grows to £17bn.

“Last year the Government launched a strategy for growth for the UK marine industries, which working with the maritime and marine services sectors, will help bolster that contribution from £17 billion to £25 billion a year by 2020. That offers fantastic growth prospects for businesses and people.

“What we want to demonstrate with this showcase is that there are real and exciting opportunities in this sector to build careers, and be a part of something that helps place Britain as one of the world’s leading manufacturing nations.

“It complements our Make it in Great Britain campaign, which is working to change the perceptions of modern manufacturing and challenge views that we don’t make anything in this country anymore.”

Richard Sadler, Industry co-Chair of the Marine Industries Leadership Council and Chief Executive of Lloyds Register, said:  “Our strategy unifies the marine industries behind a common cause for the first time. Achieving our goal of growth across the marine industries will be much easier if we coordinate our actions. This will lead to more effective training and skills development, cooperation on new technology, and an improved regulatory environment, amongst other things.

“Ultimately, we want our customers and the public to see that we are contributing to the economy and society with worthwhile products and services.  We really appreciate the opportunity that the Minister and his Department have given us to show what we can do. I call on all UK marine companies and stakeholders to join us in our endeavour.”

Exhibits include a full scale Williams jet tender, models of a Marine Current Turbines tidal turbine and Houlder offshore access system, Fairline powerboat and Pendennis superyacht models and a full scale Sonardyne seabed sensor. The showcase will be on display at BIS until Friday, 27 April.

About the UK Marine Industries

The UK marine industries comprise over 5000 companies directly involved in manufacturing or providing support services in the leisure marine, naval, marine equipment, offshore renewable energy and the marine science sectors. Together they employ around 90, 000 people, generate annual sales of over £10 billion and contribute nearly £3.5 billion to UK GDP.

More information about the marine industries viewers can log on at www.ukmarinealliance.com. The growth strategy can also be downloaded from there.  Paper copies of the strategy will be available at the showcase.

Co-chaired by the UK Business Minister and a senior industry representative, the UK Marine Industries Alliance was formed in 2011. It represents all UK marine companies, industry trade and professional bodies, trades unions, government and public agencies. Its purpose is to develop and to deliver a cohesive long term strategy to grow the sector, aimed at delivering multi-billion pound growth in its contribution to the economy, and to promote the interests of the UK marine sector worldwide

All UK companies, trade associations and public sector agencies operating in the marine sector are offered free membership of the UK Marine Industries Alliance, and use of its brand identity.

The exhibition has been created with the valued support of the companies involved and trade associations: British Marine Federation, RenewableUK, Society of Maritime Industries and Shipbuilders & Ship Repairers Association.