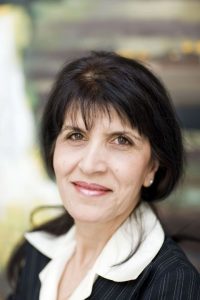 Irene Rosberg, recognized as one of the most influential women in the shipping industry, has been elected as president of WISTA Denmark, and has pledged to reinforce the association’s standing in the international scene.

WISTA Denmark is one of the largest and most active constituents of the Women’s International Shipping & Trading Association, and with some 80 members reflects the key role of the Scandinavian nation as the home base of many successful  businesses in the maritime and logistics fields.

“Now is the time to capitalize on Denmark’s widespread reputation for high quality shipping operations and talented management by ensuring that our national WISTA association goes forward with a global mindset, ” said Ms Rosberg, speaking after her appointment. “One of the strengths of WISTA is its global nature, and we can build on our unique network for the benefit of not just our members, who are senior executives, but for the benefit of the industry as a whole. Our emphasis on leadership, corporate social responsibility, education and knowledge-sharing is inspirational to men and women working in the industry on all five continents.”

Ms Rosberg said that she was proud to be chosen to lead WISTA in Denmark, a country that is a leader in its emphasis on equal opportunity. Ms Rosberg has won great respect for her work in executive education, encouragement of mentoring schemes, and research in identifying future challenges for the industry. Throughout her career, she has built global relationships and contacts, especially in Europe, Asia including China, and in Latin America. For the past 10 years she has been Director of the Executive MBA in Shipping and Logistics (The Blue MBA) at Copenhagen Business School , which has been described as Europe’s leading institution of its kind.

A member of many international boards and committees, Ms. Rosberg has addressed many leading maritime events.  A survey in 2009 named her as among the 20 most influential women in the shipping industry in Denmark, and the following year she was appointed to the judging panel for the Lloyd’s List Global Awards.  Most recently she was appointed partner for the new project to enhance the management skills of the Danish Maritime Cluster. The Blue MBA under her guidance has been praised by shipping leaders as a key driver for the modernization of the maritime sector, and earlier this year it was announced that the MBA program had won the Maritime Prize 2011 (the Danish title is Den Maritime Pris 2011). The prize was presented to by Denmark’s Minister for Business and Growth, Ole Sohn, in a ceremony in February at the Danish Design House, Copenhagen.

The Maritime Prize is awarded every two years to a person or organization deemed to have made a special contribution to innovation and growth in the maritime sector for the benefit of Danish companies or society. The citation said that Copenhagen Business School “has, with the establishment of the Blue MBA, placed Denmark on the map of the world as a country where efforts are made professionally to further develop shipping at the highest level.” Ms. Rosberg has for several years been a member of the executive committee of WISTA International. One of WISTA International’s most successful annual conferences was in Copenhagen in 2007.

Women’s International Shipping & Trading Association (WISTA) is an international organization for women in management positions involved in maritime transportation business and related trades. WISTA aims to be a major player in attracting more women to the industry and in supporting women in management positions. With networking, education and mentoring in focus, WISTA sets out to enhance members’ competence and empower career success. WISTA counts around 1.500 individual members in 32 national WISTA associations.

WISTA Denmark was established in 1990 as a national branch of WISTA. WISTA Denmark’s members already represent a broad range of the shipping industry, and the organization is keen to recruit new members whose background and professional profile can enhance the diversity and the networking possibilities of members.

Managing a professional practice out of the recession

On behalf of all of us at Dale Carnegie, congratulations on your election as President of WISTA. It was a pleasure to meet you in Copenhagen!

All of us at Dale Carnegie are pleased for you. It was a pleasure to meet you in Copenhagen.

Well done! I am lookign forward to meet in the autumn in Copenhagen.
Oli