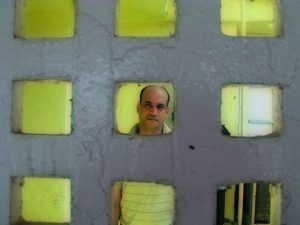 ”The prospect of criminal charges is daunting for any human being…”.

A worrying indictment of the plight of seafarers has been delivered by a far-reaching survey of the experiences of seafarers facing criminal charges with seafarers complaining of unfair treatment, intimidation and a lack of legal representation and interpretation services.

The survey by international legal research centre Seafarers’ Rights International (SRI) of 3, 480 seafarers in the 12 months to the end of February 2012 was conducted in eight languages, with responses returned from 18 countries and 68 different nationalities of seafarers.

Seafarers were also specifically asked about their perceptions. 80% who had faced criminal charges felt intimidated or threatened.

Concerning casualty inquiries and accident investigations, 46% of seafarers who answered the question said that they would be reluctant to cooperate fully and openly with such inquiries.  Reasons expressed included:  “The information that I would provide might be used against me”; “I would fear incriminating myself”; “Anything you say can be used as evidence against you”.

Overall, 81% of seafarers who faced criminal charges did not consider that they had received fair treatment.

To gain a broader view of criminal charges faced by seafarers, SRI also carried out a review of all incidents involving criminal charges against seafarers reported in Lloyd’s List, TradeWinds and Fairplay, for the 12 year period from 2000 – 2011.  There were 415 incidents reported in this period, involving 1, 580 seafarers. Significantly over the period under review, the numbers of maritime criminal incidents and the numbers of detained seafarers showed a tendency to increase.

“The voices of seafarers are expressing real fears and concerns over criminal charges and it must be in the interests of the whole maritime industry that these are addressed and seafarers adequately protected.  The prospect of criminal charges is daunting for any human being, whether in your own country, or even more so in a foreign country, and so for seafarers entering foreign ports on a daily basis, the risks are high and the consequences can be dire if fair and due process is not followed, ” said Deirdre Fitzpatrick, SRI Executive Director.

She added: “We hope that the results of this survey will provide momentum for increased efforts to ensure fair treatment of seafarers, whether innocent or guilty of a criminal charge, and that from this survey, the faces and the voices of the seafarers will be seen clearly and heard loudly”.

The full report of the survey will shortly be available on SRI’s website.

SRI was launched in September 2010, on World Maritime Day. Through its programme of research, education and training in the law concerning seafarers, SRI works to:

•Promote research, education and training in the legal rights and remedies applicable to seafarers for the purpose of improving the effective protection of seafarers and the safeguarding of their interests;

•Increase interest among lawyers in seafarers’ rights and help them develop expertise across the range of maritime, labour and human rights laws;

•Provide strategic legal support to contribute to political, industrial, campaigning and lobbying agenda towards the promotion, protection and enforcement of seafarers’ rights under a just system of laws;

•Raise awareness on issues of seafarers’ laws, rights and remedies among policy makers, lobbyists, academics, legal practitioners and stakeholders generally in the maritime industry and beyond;

•Establish seafarers’ rights as a standard subject for students of law;

•Identify current issues in the maritime industry concerning seafarers that can be developed further into outreach projects with practical outcomes for seafarers and others working to assist them;

•Produce publications, such as online toolkits, guidelines for lawyers, checklists for seafarers and a dedicated database.

Harris Pye takes on over £10.5 million worth of offshore projects in one month