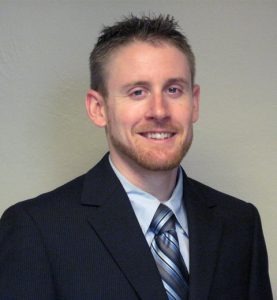 ShipConstructor Partner, Pierre-Charles Drapeau, Director of Operations for Navware Canada Inc., has been elected Vice Chairman for the Eastern Canadian Section of SNAME. For over 100 years, SNAME (The Society of Naval Architects and Marine Engineers) has advanced the practice of shipbuilding arts and sciences.

The Eastern Canadian Section encompasses the provinces of Quebec and Ontario. Most notably, it includes the nation’s capital Ottawa, where in 2009 Pierre-Charles was the driving force behind organizing the Canadian Conference on Modern Shipbuilding (CCMS) which brought together government officials and industry leaders from across the country to discuss building the future.

The announcement of Pierre-Charles’ election was made during the ShipConstructor hosted gala dinner at the recent Mari-Tech Conference in Ottawa which echoed several of the themes of 2009’s CCMS regarding the utilization of innovative technology to advance Canadian shipbuilding.

“Around the world, our company’s representatives participate in organizations such as SNAME, “ notes ShipConstructor Software Inc. CEO Darren Larkins.

“Involvement in these groups is a key component of maintaining an ongoing understanding of industry innovations and global best practices.”

Pierre Charles Drapeau graduated from the Institut Maritime du Québec (IMQ) located in Rimouski, Québec, Canada, with a diploma of Technology in Naval Architecture. While there, he was chair of SNAME’s student section. For the past year, Drapeau has been the liaison between the Eastern Canadian Section of SNAME and IMQ. His recent election to the position of Vice Chairman is therefore a continuation of his service to the organization. Additionally, Drapeau is a Marine Engineer System Operator for the Canadian Naval Reserve and an avid sailor.

ShipConstructor Software Inc. (SSI)  SSI is the creator of an Autodesk based shipbuilding CAD/CAM application utilized by shipbuilders around the world.

NAVWARE’s mission is to provide the best of breed innovative technology and top-quality consultation services to the marine and offshore community. Navware is the distributor of ShipConstructor® products and services in Canada.

Geopolitics of Gas in the New World of Energy –