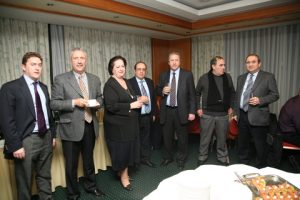 At the recent elections that took place at the Metropolitan Hotel in Athens, Markos J. Tripolitis was re-elected as President of the Club. He is a Naval Architect and the director of Piraeus Marine Services S.A. Meanwhile the position of vice-president was occupied by Dimitris Monogioudis of Aegean Protective Coatings, whose father Captain Pantelis Monogioudis held many times various posts in the administrative council.

Plans for the near future

According to chairman Markos Tripolitis and vice-president, Dimitris Monogioudis future plans of the CMC include the acquisition of its own premises in order to develop its activities more effectively. The objective of Chios Marine Club is and always has been the development of bonds and strengthening of relations between its members. With the election of the new administrative council and with Markos Tripolitis at the helm, the Club intends to realize even more of its goals. 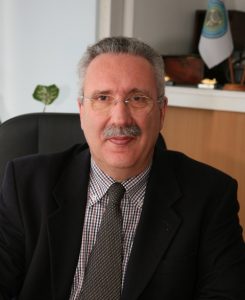 Markos J. Tripolitis, the president of the Chios Marine Club

Amongst other activities of the Club is the organization of conferences, seminars, educational excursions and charitable actions – including an annual charity dinner and ball, with the objective of social and cultural contribution. It is worth noting that Chios Marine Club has established a scholarship, granted to young members as a reward for success in their studies, whilst helping young people in finding employment, particular under today’s tough times in Greece.

About the Chios Marine Club

Chios Marine Club was founded in 1999 with the vision to bring together people with the same background, same interests and professional concerns and objectives, for them to be able to exchange ideas and find solutions to common problems that prevail in the shipping industry. Today the members of the Club exceed 250 people, who come from Chios, Oinousses and Psara islets. They specialize in various sectors of shipping industry as Accountants, Lawyers, Marine Engineers, Port Captains, Seafarers, Shipbrokers, Shipmanagers, Superintendent Engineers, Suppliers, Shiprepairers, and many other professions.

These three islands (Chios, Oinousses and Psara) today control over 500 oceangoing vessels, its ship-owners over the last ten years have gone on a newbuilding spree with over 250 new vessels and there are also companies listed in international stock exchanges. Watch this space!