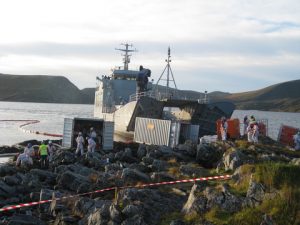 30 April 2012  – The Arctic has large oil and gas resources and operations in this sensitive and harsh area will require efficient oil-spill preparedness solutions. “The acquisition of Norwegian Petro Services (NPS) in Norway and its recognised expertise will play an important role in our activities in this field, ” says Knut Ørbeck-Nilssen, DNV’s COO of the Norway, Russia and Finland division.

Oil and gas operations in the northern areas introduce several new risk elements; the distances are greater, the climate is cold, it is dark for a lot of the year and there may be no infrastructure. It is important that the safety level here is at least as good as in the conventional areas. Therefore, the Arctic conditions will require improved technology and new knowledge to reduce the likelihood of an accidental oil spill. In addition, efficient oil-spill preparedness solutions that reduce the consequences of a potential accident must also be put in place.

“Both the industry and society focus heavily on reducing the environmental effects of operations in Arctic areas such as the Barents Sea. DNV wants to contribute to this, and the acquisition of NPS is an important strategic move in that sense. We are now combining DNV’s environmental risk and oil spill preparedness analyses with NPS’s specialist expertise in planning and organising oil-spill preparedness. This provides a complete service portfolio to our customers, ” says Ørbeck-Nilssen.

“NPS, which consists of five professionals, will give us operational expertise that is important to the oil companies when planning and training for oil-spill preparedness. We will now establish a robust local organisation in the north of Norway, based in Harstad. In addition to the new portfolio of oil-spill preparedness advisory services, DNV will provide advisory and verification services to the oil and gas industry. The new office will supplement our existing maritime industry activities in Harstad, ” says Ørbeck-Nilssen. 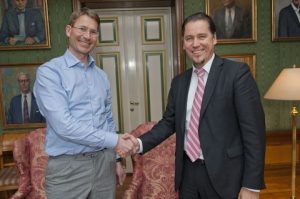 Stein Thorbjørnsen, the general manager of NPS, established the company in 2006. “We’ve found a niche in the coastal and shoreline preparedness sector and have specialist expertise in planning and organising preparedness in addition to strategy and technology development. Our group of experts has also developed methods for analysing needs and creating user-friendly operational emergency plans. These are used by many of the Norwegian and international oil and gas operators, ” he explains. “NPS will now be part of DNV and we can achieve a lot more together, including internationally where DNV is established in 100 countries. We also share the same values of quality, independence and expertise development, ”says Thorbjørnsen.