Chartering by conduct and London arbitration proceedings: the importance of documents 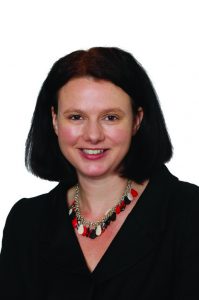 Identifying contractual documents for the purposes of bringing claims in arbitration can cause difficulties, particularly where parties have traded for several years. In Finmoon Limited and another v Baltic Reefer Management Ltd and others (17 April 2012) the English High Court was required to decide several questions arising from such circumstances: (1) whether claimants had entered into a contract of affreightment (“COA”) with Baltic Reefer Management (“BRM”); (2) whether BRM had contracted as principal or as an agent for the other respondents; and (3) whether arbitration had been validly commenced. The Court also considered the circumstances in which a bill of lading is a mere receipt, rather than the contract of carriage, in a cargo receiver’s hands.

The claimants transported cargoes of bananas on vessels owned by individual one-ship owners (the second to ninth respondents) under a COA signed by BRM. For the period in question, no signed COA was executed. Various claims arose for damage to cargo. The claimants started twelve arbitrations in London. The respondents argued that, whilst there were individual charterparties between the registered owners of the vessels and the claimants, BRM had contracted as agent only and no COA had been concluded.   The Court found that a valid COA was in place by the conduct of the parties looked at as a whole. The fact that the claimants were unable to point to a specific point in time when the COA came into existence was not a fatal flaw to finding a contract by conduct.

BRM, having signed the COA and affixed its company seal as “owners” without qualification, was found to have been contracting as principal and not as agent for the registered owners. The Court also noted that it would be difficult to conceive of a COA creating contractual obligations for one or more members of a group of shipowners where that group was not identified with any precision.

The High Court reversed this finding, observing that the practice of surrender, cancellation and reissue of bills of lading is not uncommon. For example, this practice may be used when a shipment is to be split between a number of sub-buyers, or to ensure that bills arrive at the discharge port in time to avoid any delay in discharge. It is well established in English law that a contract of carriage may not only be contained in but also evidenced by a bill. The Court found that although the loadport bills ceased to have validity, they were replaced by the discharge port bills, which were issued on behalf of the owners and became valid bills binding on the owners and containing or evidencing the original contract of carriage.

The final issue considered by the Court was whether arbitration had been validly commenced against BRM under the COA. Section 14(4) of the Arbitration Act 1996 provides as follows:

“… arbitral proceedings are commenced in respect of a matter when one party serves on the other party or parties a notice in writing requiring him or them to appoint an arbitrator or to agree to the appointment of an arbitrator in respect of that matter.”

The Court found that the modern view of this statutory provision is that it should be interpreted broadly and flexibly. The test is whether it is clear on objective grounds that arbitration in respect of the relevant dispute has been commenced. Notice commencing arbitration will not be invalidated if, as happened in this case, the claimants referred to the wrong contractual document.

The Court held that it was plain that the disputes submitted to arbitration were the claimants’ claims for damage to the cargoes of bananas that were carried on the disputed voyages. The Court observed that, at most, the error made by the claimants was to refer in the notices commencing arbitration to charterparties of specific dates, being the dates that the respondents themselves had inserted in their bills of lading as being the contracts of carriage pursuant to which the damaged cargoes were carried.

The result of the judgment is that the claimants may now proceed with their claims for damage to twelve cargoes of bananas in the London arbitration, as originally commenced against all respondents.