May Day statement by the Global Unions: Governments must act for a sustainable and equitable recovery 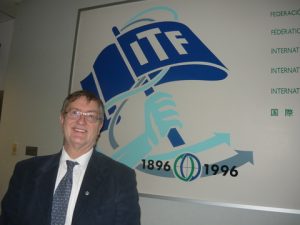 It is more than five years since the financial crisis hit, followed rapidly by a larger economic crisis. This economic earthquake exposed the dangers of financialisation; of having the real economy subservient to finance; and of two decades of growing inequality. The resulting shock added millions to the already teeming ranks of the jobless and threw millions more into precarious work. Many workers have lost good jobs and far too many have also lost the fundamental rights that went with them.

Global financial markets, opened up by deregulation at national level, have not only produced the current economic crisis, but also the instability that has characterised economic development for the last 30 years, with periodic “bubbles” and crises. This has made it much more lucrative to make money from money than from the production of goods and services.

In response to the crisis, governments, together and separately, engaged in an unprecedented flurry of activity, but deeds did not reflect the words of their statements. There was enough action that was rapid and real to keep the Great Recession from becoming a Depression, but the dramatic shift to austerity policies in many countries is pushing the global economy back to the brink of new recession. Moreover they have not recovered the authority that they ceded to markets and their actors; markets that have no political legitimacy. And, because the root causes of the crisis have not been addressed, nothing has been put in place to prevent future financial market disasters.

The pressure from financial markets and financial actors has also fuelled short-term thinking and behaviour. It has undermined all three pillars of sustainable development: economic, social, and environmental. It has deepened and worsened the plight of working people, whose rights are under attack by many governments and employers, both national and multinational. For millions upon millions of working women and men, work means exploitation and deprivation of their fundamental rights, with poverty wages and appalling conditions. The pattern of exploitation that has been thrust on the world leaves more and more people in insecure or informal work, and means growing inequality.

Public coffers have been drained for a series of bail-outs of banks leading to cuts in public programmes, increasing inequality and weakening prospects for decent jobs and sustainable recovery. ‘Recovery’ has come for the handful who caused the crisis, while their victims are subject to further ‘punishment’. Too many people, outraged at injustice but unable to touch powerful elites, are turning against their neighbours, including migrants on whom many healthy economies depend. Many lose hope in political solutions and retreat into apathy and isolation.

Global unions affirm our solidarity in working together with our communities to reverse economic injustice, and to advance progressive social visions that protect and build the common good.

On this May Day, Global Unions call on governments to assume their responsibilities and join together to end the crisis. They need to create decent, sustainable jobs and stand up for the rights of people at work.