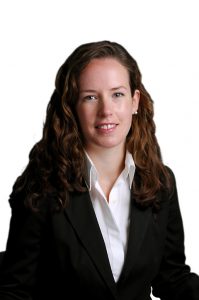 In Transpetrol Maritime Services Ltd v SJB (Marine Energy) BV (The Rowan) (29 February 2012), the English Court of Appeal considered whether a ship owner’s warranty that a vessel had oil majors approval was a continuing one or was limited to the owner’s knowledge at the time of entering into a charter.

SJB (Marine Energy) BV (“Charterers”) chartered a tanker from Transpetrol Maritime Services Ltd (“Owners”) on a voyage charter for the carriage of oil products from the Black Sea to the US Gulf. The charter terms were recorded in a recap email which incorporated the Vitol Voyage Chartering Terms 1999 (the “Vitol Terms”) with amendments.   Clause 18 in the Vitol Terms states, “Owner warrants that the Vessel is approved by the following companies and will remain so throughout the duration of this charterparty…”   Clause 18 in the recap stated, “TBOOK VSL APPROVED BY:- BP/EXXON/LUKOIL/STATOIL/MOH”, “TBOOK” being an abbreviation of “to the best of owners’ knowledge”.   En route to the US Gulf, charterers exercised an option to call at Antwerp. Whilst there, owners invited Shell, which was not among the oil companies listed as having “approved” the vessel in the charterparty, to inspect the vessel. Shell carried out an inspection and issued a SIRE report with numerous adverse comments.

Charterers agreed to sell the cargo to Shell, subject to vetting. After reviewing the SIRE report filed by colleagues in Antwerp, Shell rejected the vessel and the cargo.

Charterers claimed damages from owners for the difference between the price originally agreed with Shell and the price ultimately obtained, on the grounds that owners were in breach of their charter warranty. Charterers argued that at Antwerp the vessel was not in a fit state to be approved by any oil major and, in particular, the five majors identified in the charter.   The English High Court found in charterers’ favour, deciding that the recap should be read as consistent with Clause 18 in the Vitol Terms and so providing an express, continuing warranty of oil majors approval for the duration of the charter. The High Court concluded that owners had warranted that the vessel was approved by five oil majors and that those approvals would remain in place throughout the charter. It agreed with charterers that none of the five named oil majors would have continued to approve the vessel in the light of the problems identified at Antwerp.

The Court of Appeal allowed owners’ appeal. Giving the leading judgment, Longmore LJ found that the wording in the recap had entirely replaced Clause 18 in the Vitol Terms, and that Clause 18 should not be used, by reference, to expand the scope of the recap wording. The recap wording did not provide a warranty that oil major approvals would be maintained for the duration of the charter, and was instead limited to the time of agreeing the charter.

The Court of Appeal held that the abbreviation “TBOOK” meant that at the date of the charter, owners had approvals from the named oil majors and knew of no facts that would cause the vessel to lose those approvals during the charter. The problems with the vessel were not known to owners when the vessel departed from the Black Sea, and only came to light at Antwerp. There was no evidence that the owners knew anything at the date of the charter that would cause the oil majors to “disapprove” the vessel or alter the terms of their approval.   The Court of Appeal’s decision is a reminder that charter terms will be interpreted strictly, on the assumption that traders and ship operators have the knowledge and experience to agree terms with precision. Traders should not expect English courts, or arbitrators, to take a relaxed view of the scope of stated rights and obligations, even where terms are agreed in informal, abbreviated language in email recaps. Since oil major approval warranties should continue throughout shorter charter periods if they are to work effectively, their continuing nature should be clearly stated in the charter, in whatever form it is agreed or recorded.

Chartering by conduct and London arbitration proceedings: the importance of documents

Wind and Solar Energy Market in Turkey – Risks and Opportunities