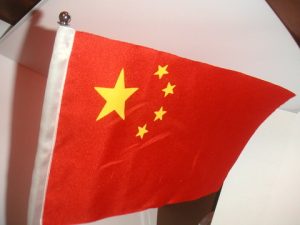 The ‘unprecedented speed of the demographic change in China’ provides a ‘huge opportunity’ for cruise companies in that country, according to the latest Seatrade Research Report, “Cruising through the Perfect Storm”, authored by industry analyst Tony Peisley.

China’s outbound tourism market has more than doubled to 70m in just six years and is on track to become the world’s largest outbound market.

The Chinese have also increased their per-person spending on outbound travel by two-thirds over the same period and now the China Cruise and Yacht Industry Association (CCYIA) has identified 300m Chinese as potential cruise passengers – the equivalent of the entire population of either North America or Western Europe.

Although current figures are still modest in global terms with 750, 000 cruise visitors to Chinese ports in 2011, the key statistic is that the number of homeporting calls overtook transit calls for the first time last year.

Chinese passenger numbers are now approaching 300, 000 and cruise lines believe there is longterm potential to turn China into a year-round market with regional cooperation and investment from the ASEAN countries.

The report, which contains an entire chapter on the China phenomenon, also predicts that Chinese shipbuilders will not only build ships for the Chinese market but will ultimately be building for international brands operating outside Asia, too.

At the same time, those international brands already cruising out of China have not ruled out eventually operating Chinese-built ships specifically designed for the China market.

As well as new chapters on China and river cruising, Cruising Through the Perfect Storm will analyse the potential impact of IMO fuel emission regulations and addresses the question on many port and cruise line executives minds’: will the new regulations change the cruise business model, post-2015? Other chapters focus on the financial performances of the major cruise companies; a survey of shipyard cruise ship orderbooks; detailed reviews of source markets; comparisons of economic impact studies for cruise industries and destinations; and an overview of global cruise infrastructure developments.

Cruising Through the Perfect Storm will be published on May 31 and will feature 300 pages of analysis, including 200 tables of industry statistics.

A special pre-publication price is available and copies can be ordered online at http://www.seatrade-global.com/cruise_report/

www.allaboutshipping.co.uk has already referred to this book on a special News report on 23rd pril 2012. Do log on a read same.

TONY PEISLEY   UK-based Tony Peisley has been writing about and analysing the passenger-shipping sector for nearly 40 years.  He is a regular contributor to B2B magazines for the cruise sector and a frequent speaker or moderator at the major cruise conferences and conventions.

As Director of A.R.Peisley (Cruise Analysts) Ltd he has carried out many in-depth research projects for a variety of Governments, cruise companies, ports and destinations. This is Tony’s 10th major cruise research report and is the most comprehensive yet.

Cruising Through the Perfect Storm is a report written by Tony Peisley and published by Seatrade.

The Port of Southampton welcomes first passengers to...