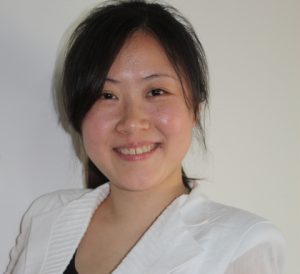 New association reaches out from its Shanghai base

China is set to become a major new force in the Women’s International Shipping and Trading Association. By James Brewer.

WISTA China is little more than six months old, but its enthusiastic supporters are laying the groundwork for early expansion, with a target of at least 200 members in the next two years.  This would enable the national association to bid to host the WISTA international conference, which selects a different venue each year.

The international conference represents a tremendous organisational task for a non-profit association, and relies every year on substantial sponsorship from industry bodies around the globe.

WISTA China has begun with around 15 members, and the potential is enormous in Shanghai – the world’s leading port by cargo volume  – alone. A seven-member board including Kejia Yao as president and Eva Dai as vice-president has been elected. WISTA China is the fourth national WISTA association in Asia following Philippines, Singapore and Hong Kong.

Singapore staged the annual conference in 2006, and many members among WISTA’s 30-plus national associations are keen to return to Asia for the annual general meeting and assembly, which always features high-profile speakers and networking.

Kejia Yao, president of WISTA China, is a partner in China Maritime Group Ltd, with a Chinese shipowner from the city of Ningbo. The group offers ship repair and technical consulting services, including ship stores. Ms Yao became familiar with the Asia Pacific market in her field, having worked in the industry since 2004, first in Australia, and since 2008 in China. She has frequently visited Europe, Singapore and Hong Kong.

From the outset of her maritime career, Ms Yao took an interest in WISTA and its role as a counterweight to the male domination of the industry, and was eager to join.  That was not immediately practical, as Australia at the time lacked a WISTA infrastructure. Nor did she find any when she returned to China.

In September 2011 Ms Yao travelled to Stockholm, to attend the 31st international conference of WISTA, and spent much time exchanging professional experiences with her counterparts, including WISTA-UK president Maria Dixon. Encouragement for a China branch was reinforced by Irene Lim, who represents the Asia Pacific region on the WISTA international executive committee. Ms Lim underlined the value to the industry of WISTA when in November she addressed the China Ocean Shipping Supply Service and Development Forum, at the Ocean Hotel in Shanghai. That forum was jointly organised by China Ports and Harbour Association and China ShipServe (CSS).

Ms Yao said that the members of WISTA China were conscious of their responsibilities, and were keen to embrace its principles and advance its position. She praised CSS for its strong support for WISTA China, in offering meeting rooms and other facilities.

She added that she was keen to devote her time and knowledge to developing WISTA in China and opening the doors to all the ladies in the industry: currently the membership is mainly from the areas of ship repair, stores and forwarding.  “We are business people, but we are here not only to make money, ” said Ms Yao. “We hope that we can help each other and through greater communication learn from WISTA-UK and other WISTA national associations.”

The committee is meeting every month, preparing to set up a web site, and investigating the best way to organise activities to attract new members. Vice-president Eva Dai – who is general manager of CSS and has her own company, IMS International Marine Ship Management – was recently in Singapore where she met WISTA leaders who raised the possibility of holding the international conference in Shanghai as early as 2014. 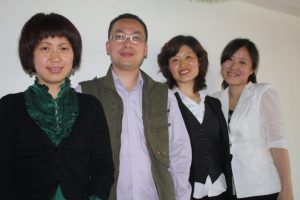 Based in the bustling Yangpu district of Shanghai, CSS handles enquiries, quotations and orders in more than 100, 000 marine categories and products. It has created a new platform at www.i-css.com to assist suppliers in providing more accurate and timely quotations, and to help buyers compare offers. Information and costs are directly entered into an electronic purchasing system – such transactions are no longer sustainable using telephone, fax and paper directories, the company says.

Richard Wu, CSS sales chief, said it was “our pleasure” to endorse WISTA activity.  Mr Wu, who has been in the marine service area for more than 10 years, founded CSS after coming up against many tiresome and complex problems in ship supply.  The new project, he said, would promote efficiency through a common platform for all marine companies, including ship owners, ship management, ship supply providers and marine manufacturers.

The platform would enable businesses to interact quickly with enquiries, quotes, orders and trading.  Over the next four to five years CSS would build its reputation for serving in a unique way all marine companies, globally. “Providing information is not enough – so we are extending into deep service, ” said Mr Wu. The platform could handle business from beginning to end, without the need for any paperwork.

WISTA China has chosen as its public relations officer Lily Hu, of the marketing department of Loyal Marine Management, a Shanghai-based marine supplier. Ms Hu will play an important role in the campaign to increase industry awareness of WISTA.

One of the new members of WISTA is Elsie Feng, sea freight manager for the Shanghai branch of NDO China Freight Forwarding Co. Ms Feng said that WISTA was “like a family gathering.  The atmosphere is relaxing and we share our information.”

Before Ms Feng joined French-based NDO two years ago, she was with APL for four years, and earlier for nine years with the sea freight and logistics giant Kuehne + Nagel.

NDO was founded in 1979 by Norbert Dentressangle, who is now chairman of its supervisory board. The company was so successful in its trucking and  logistics business (originally mainly across the English Channel), that 10 years later it launched an initial public offering that took it to the Paris stock exchange.

Recent NDO acquisitions included that of supply chain specialist TDG, renowned for chemical handling and warehousing, which took the group more firmly into the forwarding sector. In November 2010, Norbert Dentressangle acquired the freight forwarding activities of American company Schneider Logistics, thereby gaining seven offices in the US and two in China. This reinforced its position on the Europe-China/China-US/US-Europe axes.

Ms Feng’s job involves communicating with sea carriers, marketing, and negotiating prices for business mainly Europe to China, and China to Europe and North and South America. A new focus is on developing project cargo, seen as more profitable than the traditional forwarding side.  Last year Ms Feng’s division secured two big projects in that sector for Chinese companies.

The Legal Status of Joint Operating Agreements in oil production